On 15 February 1899/2009 General Pettygree ordered the Cavalry Brigade posted at Fort Grant to exercise in preparation for the coming campaign season. Dear reader you will view most of the drill session as if you are the foe watching from the distant position of the camera. The horsemen are coming for you! Click on photos to enlarge them please. And now.... 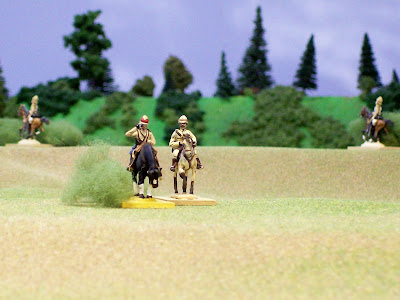 Brigadier Blackiston (binoculars) observes the field in front of him. 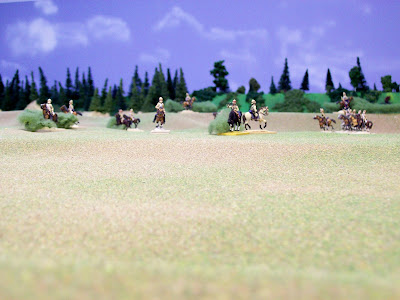 In the background is 2/10th Hussars. One troop is deployed in a screen whilst the other is formed to the rear ready for mischief should it come from the brigade right flank or rear.
---------- 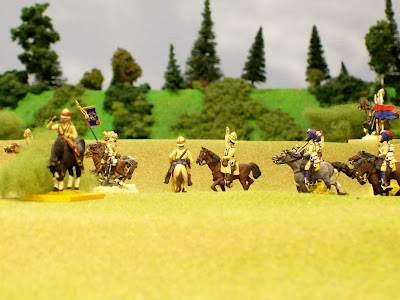 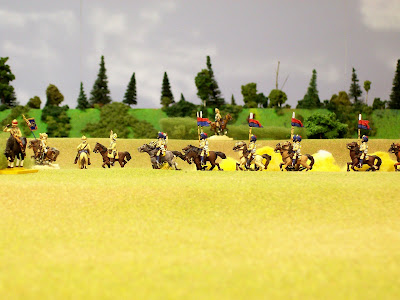 The trotting horses kick up a little dust. 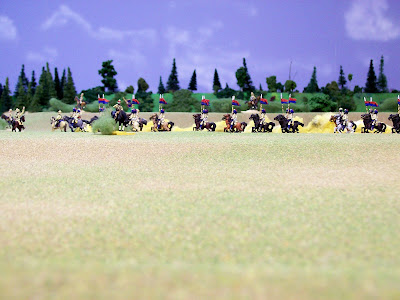 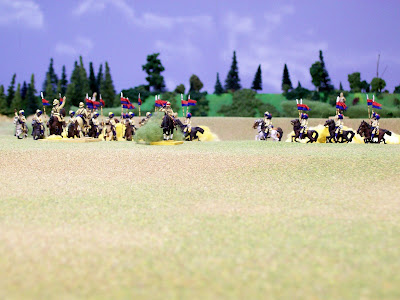 1/9th Bengal Lancers have formed a two deep line on the left whilst 2/9th Bengal lancers arrive on the right. 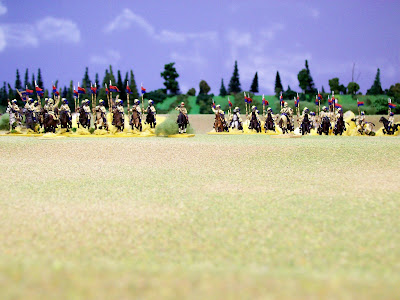 Both squadrons ascend the gentle rise of ground before them. In the background you see 3/9th Bengal Lancers arriving. It will take post behind the other squadrons. 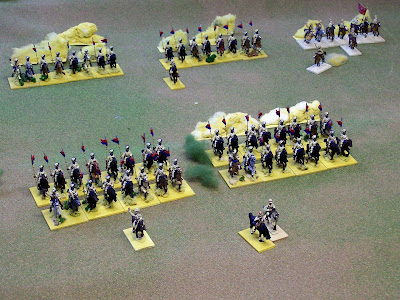 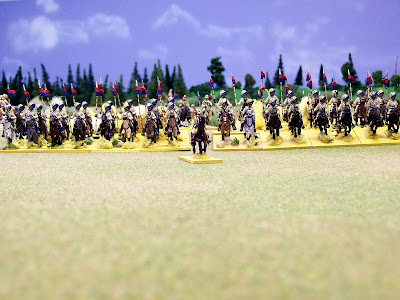 First Line! Forward at the TROT! Here they come. 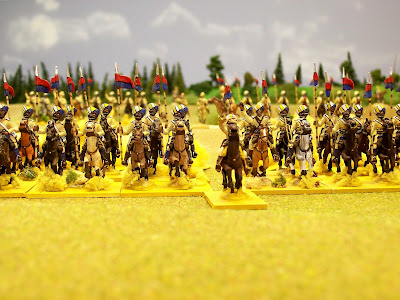 Forward at the CANTER! 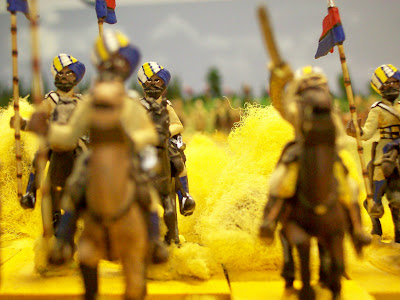 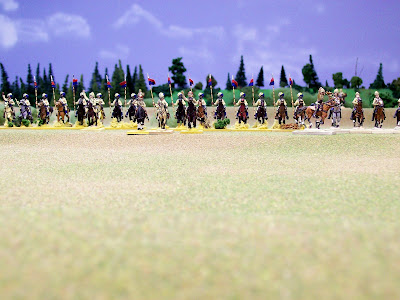 The first line has now passed your position. Whilst they did so, the second line walked toward you. Their mission is to exploit a breakthrough or counter-charge if the first line is thrown into confusion. 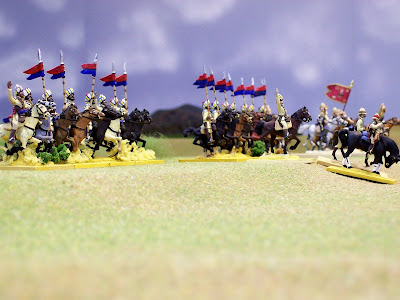