Late-1970s On My Way To Play Napoleonics


While cheerfully driving to play Napoleonics with my fledgling 25mm Saxon Army, it happened. In those days we gathered at Dick Z's home to play his Z & M Enterprises rules entitled.... 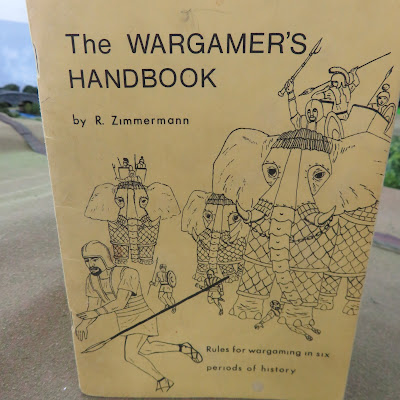 
One of my units, the Leibgrenadier Garde was on the car consol or seat. I don't remember why but I had to brake the car suddenly and keep braking hard to avoid striking the car ahead of me. There was no collision but the box flew through the air emptying the Saxons under the brake pedal while I was still braking. My shoe heel crunched the miniatures.

When I was able to look down, there they lay within little rocks, dirt and other debris which gathers down there. Naturally I was mortified. I had spent a lot of time painting those dear Mini-Figs. I don't think they were in condition to march that day. Anyway.... 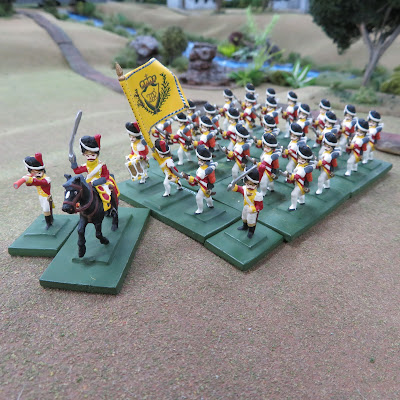 I fixed them up way back then. Here they are today. 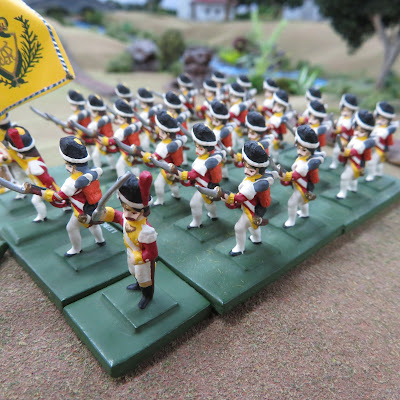 Every time I go past that intersection --- I remember.
Wouldn't you?

Some of us were playing Napoleonics on the floor so we would not have table edge limitations. Oh those were the days with nimble legs, spines and lots of energy. The vistas were the thing too. We gathered at Bob L's home with so-called BIG battalions to play.... 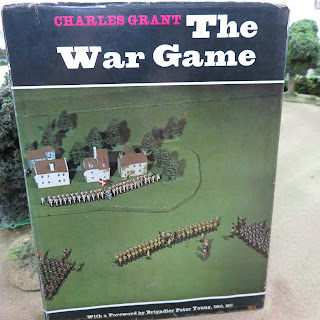 My Saxon Army was larger by then with two brigades of infantry and oodles of cavalry. I combined my battalions of thirty into battalions of sixty. Those were my first games with BIG battalions.  Friedrich August was the first line battalion painted. As it suffered casualties, I placed movement trays removed by fire on softly carpeted steps leading into the room. 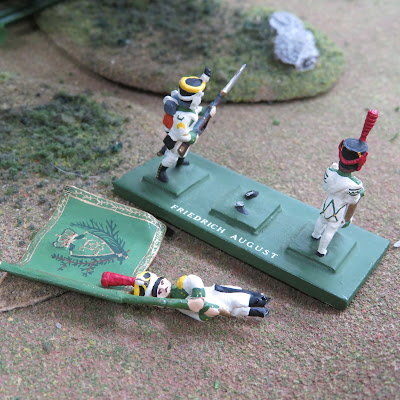 They were fine until Bob sat on the command stand bending/flattening the flag at a terribly awkward angle. Surprisingly I was able to bend the flag back. Do you see the white crease on the pole near the flagbearer's cheek? That's where the bend happened. Naturally the legs snapped. Big deal right?


I will never admit to hand-painting that flag for eleven hours on a cut square piece of beer can flat metal sheeting my father brought home from work for me from The Continental Can Company. A few years later I found paper flags and have never gone back to metal sheet.

There have not been many accidents worthy of mention that I can remember since the ones described. The thing about the previous incidents was the prodigious amount of time spent creating the lovely Garde and Friedrich August's flag. Time lost or ill-spent was the horror. Nothing as dramatic has happened until....

Jim P., (Der Alte Fritz) and I decided to test two turns playing Napoleonics in Spain on ZOOM. The scenario was adapted from Sir John Moore's 1809 retreat to Corunna. Here is the end of Turn 2 when we stopped our virtual experiment. 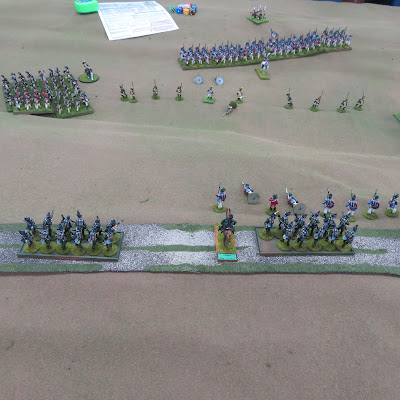 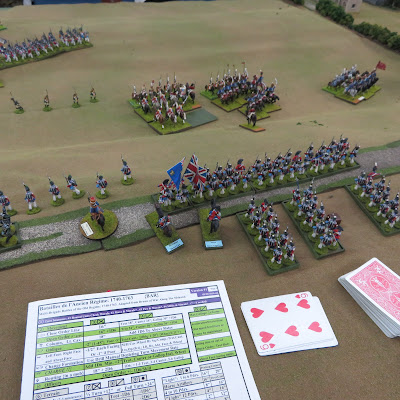 British Right Flank
4th Foot inclining toward the port off image right
and a cavalry battle to keep the way open.

My wife, Dorothy, set it all up. Jim and I would click on at 8pm for a forty-five minute try with ZOOM. Before-hand I needed to set things up. That is when the worst thing ever happend to my miniatures.

While retrieving the British Cavalry Brigade from a barrister top shelf, I wobbled the board. Half a dozen trays of British Light Cavalry easily and astoundingly slipped off, hitting me in the chest cascading down onto my shoes and the cement floor.

In the instant I tried to correct my error, even more fell off in over correction. I couldn't look. Luckily the entire 3rd Dragoon Guards (25) were still awkwardly holding onto the board as I froze. However, 2/3 of the 15th Hussars (25) and 16th Light Dragoons (25) were jumbled on the floor. Oh dear! All are Elite Miniatures 28mms.

Remaining peaceful is possible. I brought my paratrooper horsemen to the painting table to take stock. Somehow damage was not severe. How?

Black was restored to helmets, a little blue was needed on uniforms and some swords needing rebending. 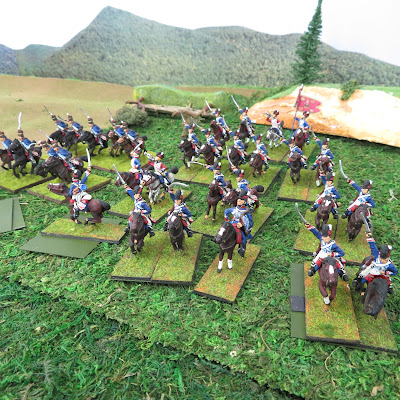 Here are the lads restored and in confusion.
Some actually needed no paint or repair.
Hence the quote, "Confusion to the enemy."
Others are on the table in the ZOOM game test. 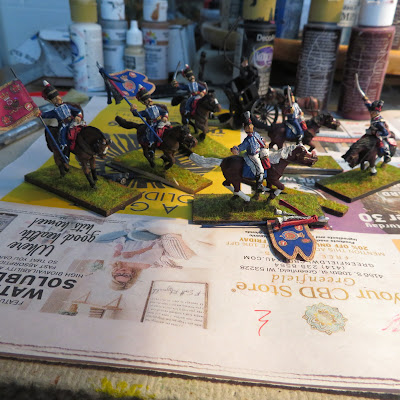 The last lot needing attention.
Including the hansom cab you gave to me Greg H.
Not too bad actually. I was lucky.
Still!