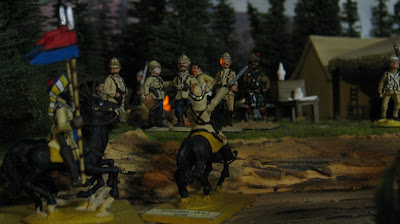 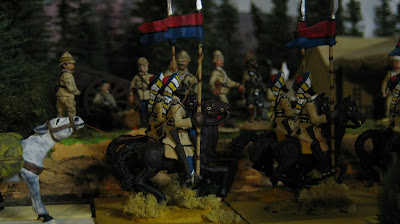 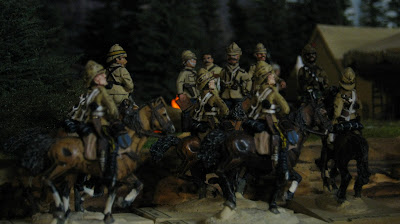 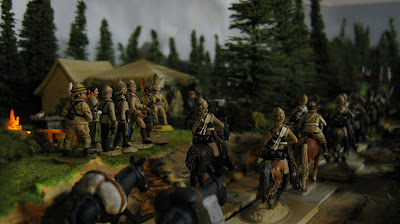 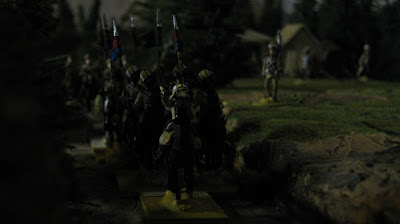 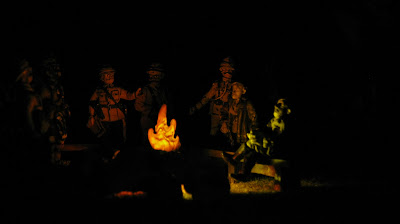 Later, senior officers gather round the campfire. Their thoughts and prayers are with the rescuers, as should be ours.
----------
CLOSING REMARKS
1. The last image was shot using pulsating campfire light only. Other images required some distant overhead light to suggest descending dusk. It is my understanding amateur astronomers use open lens settings to capture light at night. Perhaps you can do that.
2. The campfire is from Miniature Building Authority's tent set.
3. Campfire illumination was provided by three grain of wheat light bulbs (LEDs) commonly used in model railroading connected to a switch and 9 volt battery. Pulsating lights are from Evan Designs, PO Box 2044, Broomfield, CO 80038 USA. Ask for set DC3F FIRE! I bought mine from Walthers Trains; probably the largest supplier of model railroad items in North America. Also see http://www.modeltrainsoftware.com/
4. The two chaps on the right side of the last image are Foundry Miniatures. See WWI Great War, GWB001, British Interrogation Set. Mine were specially painted by John Preece. I look forward to using them in future vignettes.
5. YOU can do this too. I had fun thinking and doing all this. Kind of different.
6. Your remarks are appreciated. Click on "Comments" to chat, if you please.
----------
Posted by Gallia at 12:19 AM 14 comments: 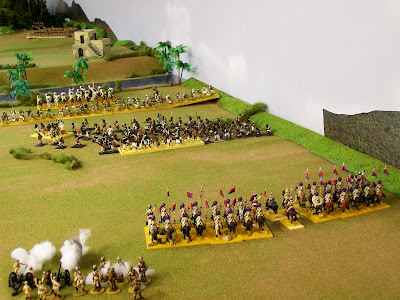 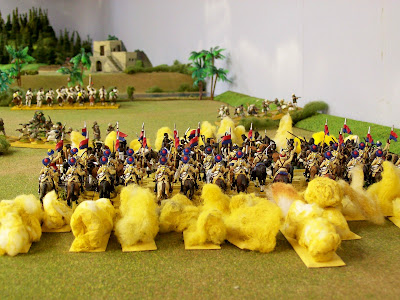 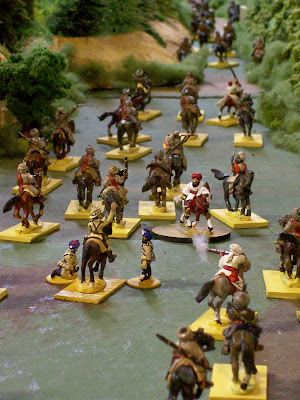 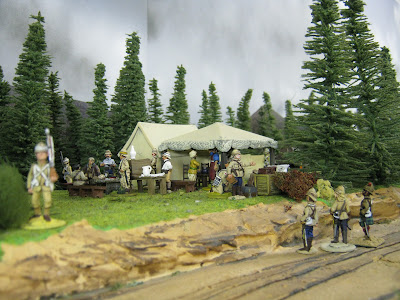 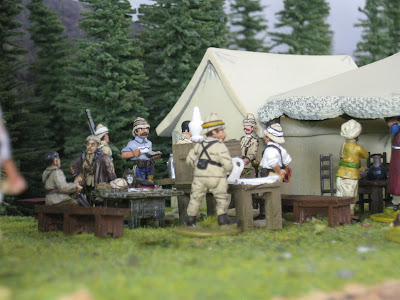 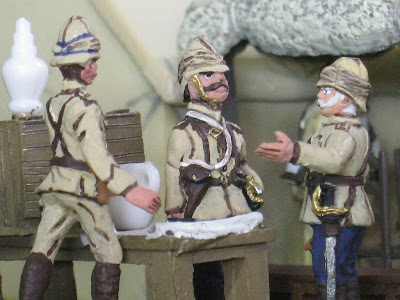 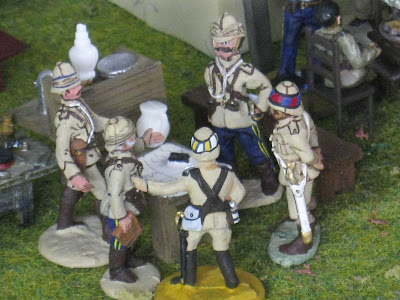 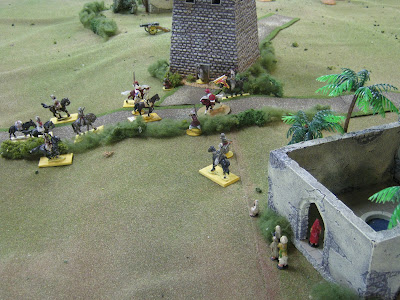 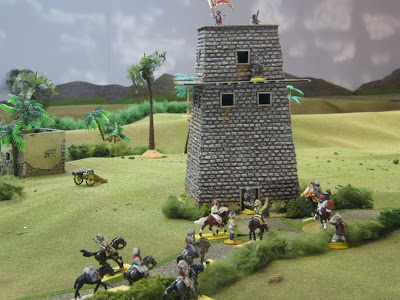 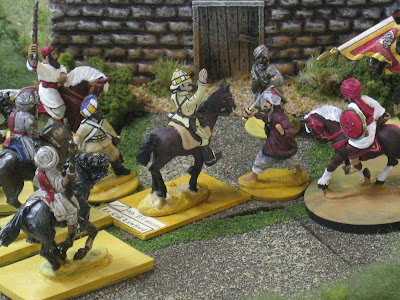 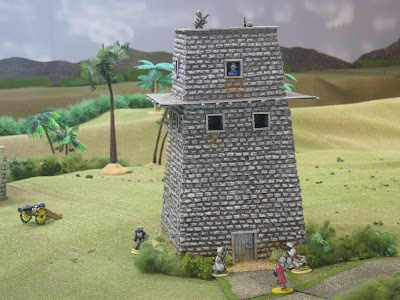 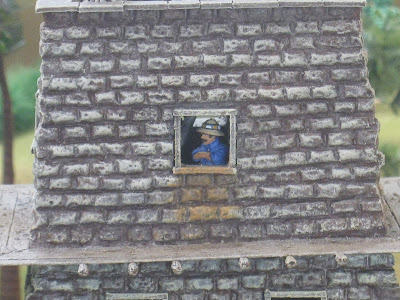 He barely hopes to get back to the Regiment and England.
----------
CLOSING REMARKS
1. The Watch Tower is the superlative "one-of" artwork of Herb Gundt of H.G. Walls. You will see it again and more in the coming weeks.
2. Tentage is from Miniature Building Authority.
3. Your remarks are welcome, as always below.
----------
Posted by Gallia at 11:44 AM 5 comments: 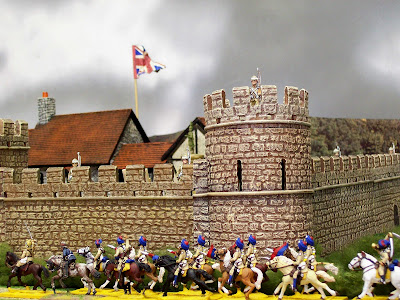 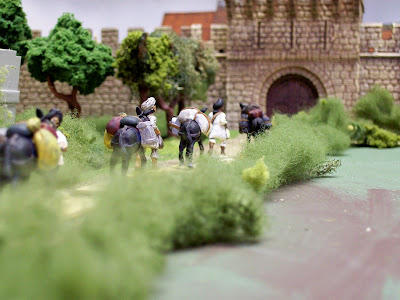 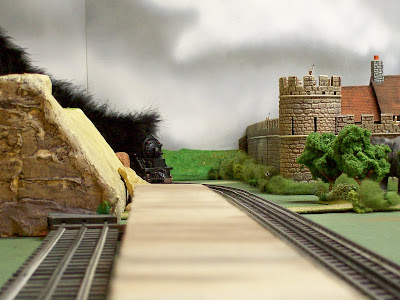 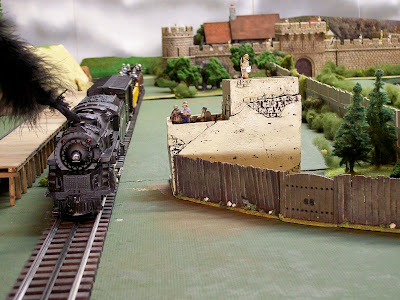 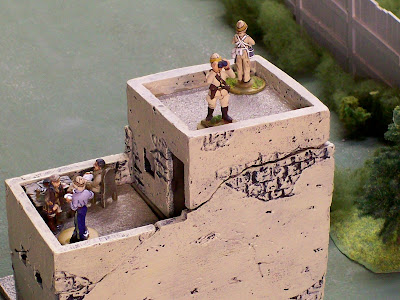 Close-up of the Yard Office building. 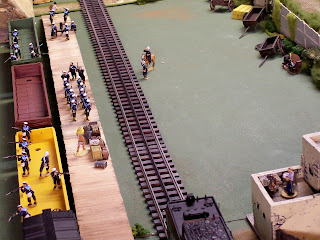 Minutes ago the gondolas were backed onto the siding. Disembarkation is underway. 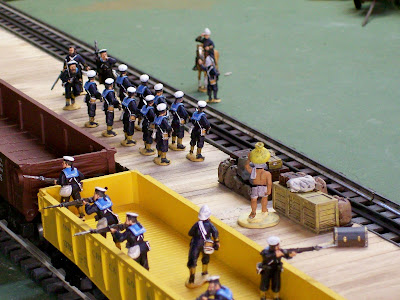 The naval contingent remains alert as detraining continues onto the loading dock. 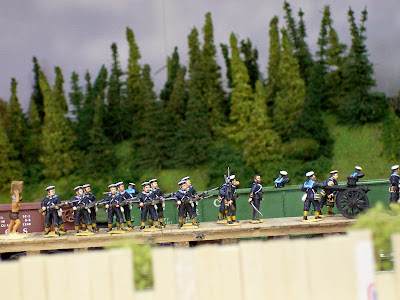 As they should in this remote wilderness. Vigilance is essential to enhance survival. Though we are close to Fort Grant, a foe could be nearby. 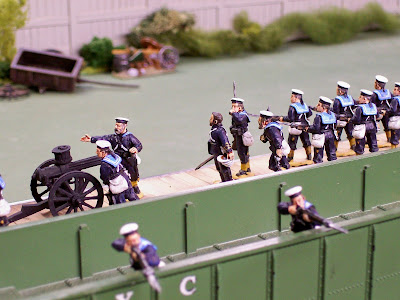 Look alive there mate an' confusion to the enemy. 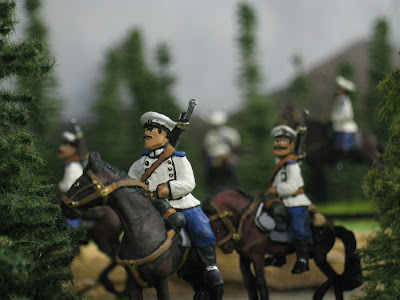 Previously there were three and now we see five....

----------
CLOSING REMARKS
1. The sailors are from Perry Miniatures 28mm Sudan range. See previous chapter for more detail.
2. Buildings are from Miniature building Authority. Terrific structures, don't you think?
3. The chaps atop the yard office sitting and with hand on the table are Foundry expertly painted by John Preece.
4. The fence and loading dock were scratch-built more than a decade ago for a model railroad layout.
5. Train cars and locomotive power are from Lionel. Trackage is Gargraves.
6. Pine trees are from Scenic Express. Once upon a time they sold packs of 25 at a very reasonable cost.
7. I am reliably reminded the white-coated riders are from Tiger Miniatures. I purchased these from the retailer Recreational Conflict.
----------
Posted by Gallia at 7:38 PM 4 comments: