RIDING WITH THE COLUMN

EN-ROUTE TO THE NORTHWEST FRONTIER Commentaries About Our Hobby
#2

See General Pettygree's,  RIDE WITH THE COLUMN, SIR!
Where: Preceding this report 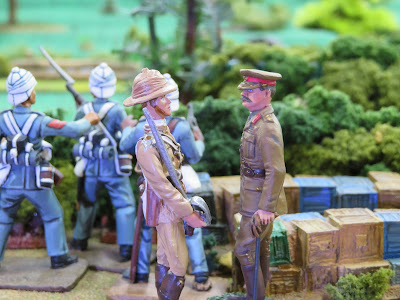 General Pettygree, in the past month your orders to ride with the column more worked. The men are now markedly more cheerful and industrious because they endeavored to be with their mates more in hobby activities rather than isolating themselves for all manner of reasons. Here is what happened.... 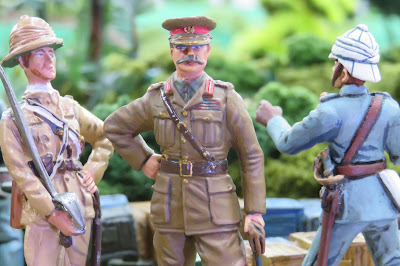 Winston just related how hobby activities of one of the units under my command beat it's hobby funk. It found time, energy and gumption to get out to attend The Little Wars Convention and game several times in the homes of one another on occasional weekends and also mid-week after work.

Our lads sailed in the 1750s and 1942, flew in the skies near Guadalcanal, perilously entered a recently discovered tomb, commanded submarines, tested new WWII land rules, defended the Earth versus alien spacecraft and more. Let me however, concentrate just a little on Bill's Annual Birthday Game Day. I heartily recommend the concept to you. 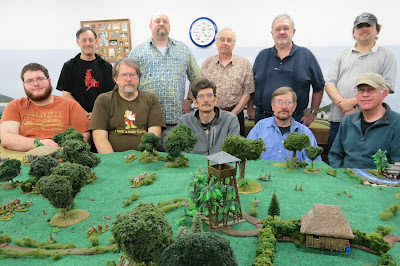 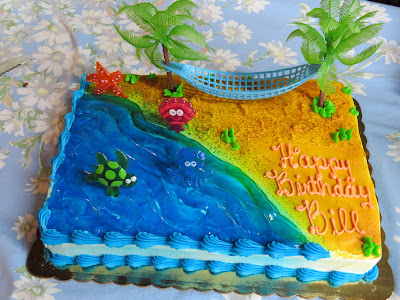 Bill's Birthday Cake had a South Pacific Theme as you see. Prodigious!

So you see, one person did not do everything. Participants ran games, brought miniatures and shared bringing chow. All came in hopeful anticipation for laughs, friendly competition and companionship impossible to achieve unless one stands side by side in flesh and blood with his mates.

4) Involve others in judging, commands and bringing miniatures.

5) Emailing orders for the invasion of Desperatu Island before game day. See examples next. 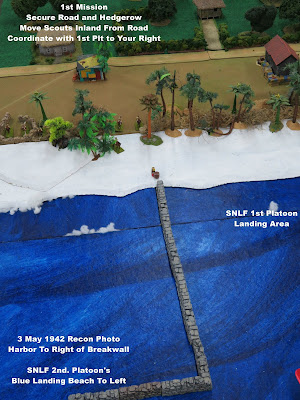 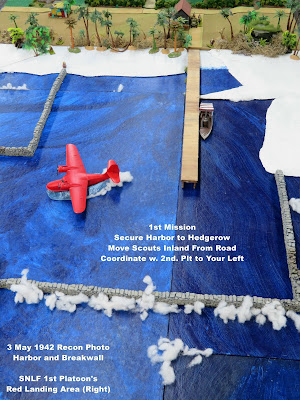 Keith J's SNLF was ordered to land to the right of the previous image directly in the harbor. 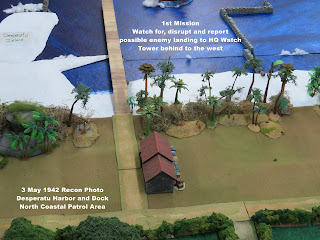 Here we've turned around looking out to sea. Bill K's Coastal Patrol Force received this image and 1st Mission orders in the event of a Japanese landing. 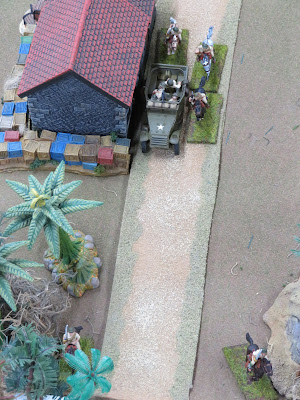 Some Japanese players also received this aerial recon photo showing the US 26th Cavalry patrolling the beach and harbor. 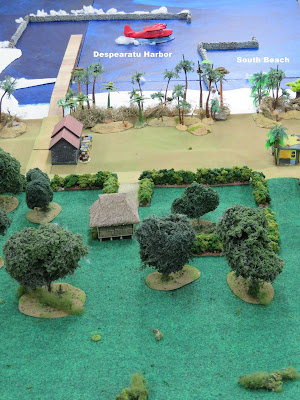 USA view from the interior of the island. 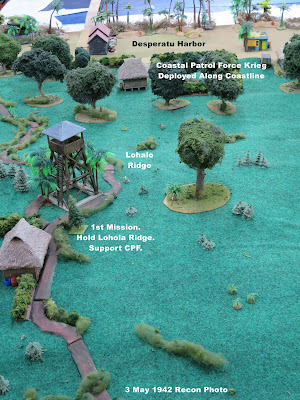 John B. and his 4th Marines received this image before game day to conserve planning time consumption on game day. 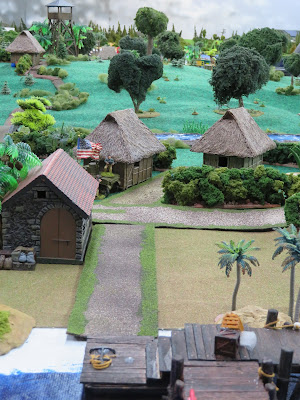 That's the Lohalo Ridge Watch Tower in the distance where John was posted. Desperatu Harbor is beyond the ridge. 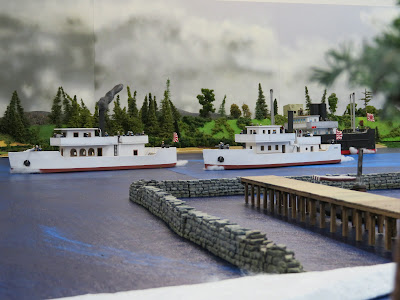 5 May 1942: Imperial Japanese Navy arrives in the Strait of Desperatu Island. Though engaged by US and Australian warships (Naval Thunder game we played earlier in the day), only one maru carrying men and supplies was sunk. Thus, the invasion went ahead as planned. 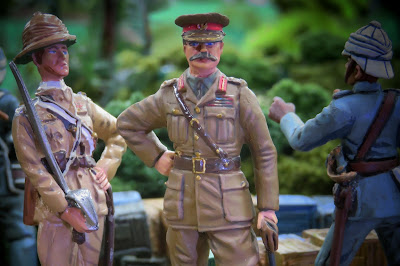 1) That should do it men. Contact your mates and plan something today. There is nothing like a locked in future game date to rout the blue devils holding you back.

2) Thank you to the gallant friends who helped make my 2018 Annual Birthday Game Day terrific and rewarding. I ran out of room to include more people in the festivities. Some were unable to participate.

3) Buildings are Miniature Building Authority. Warships are from Richard Houston.

4) Have a comment? We hope so. Please place it below in Comments. We want to hear from you.