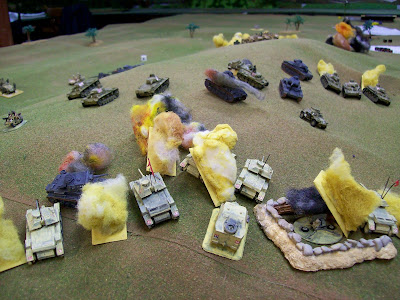 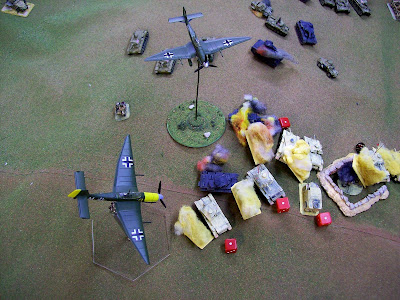 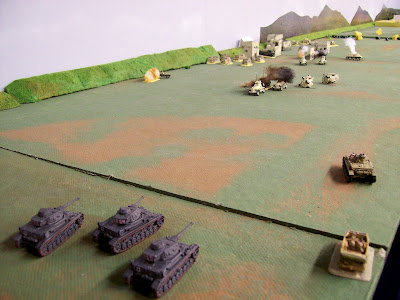 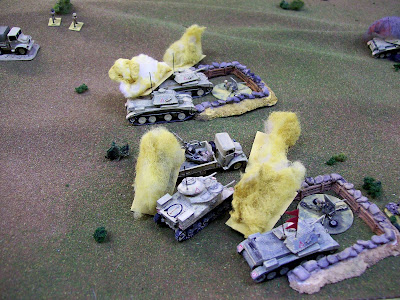 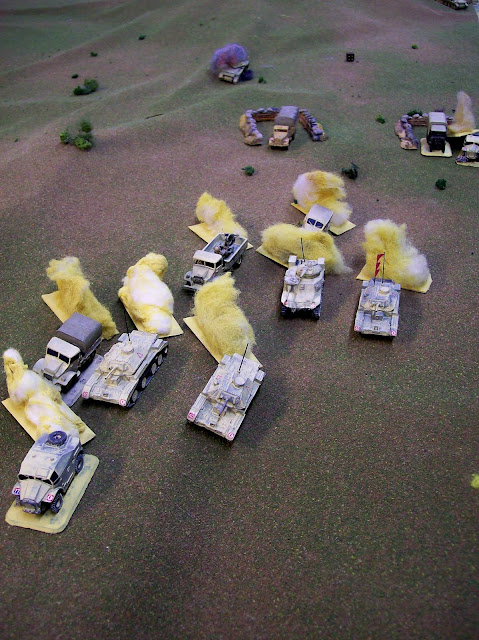 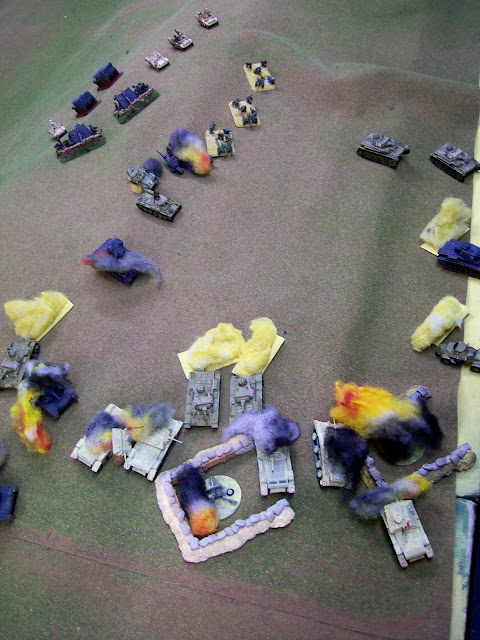 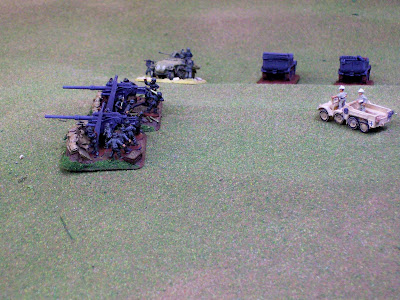 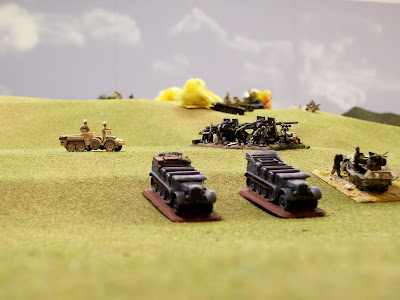 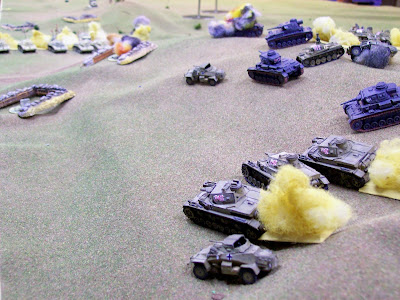 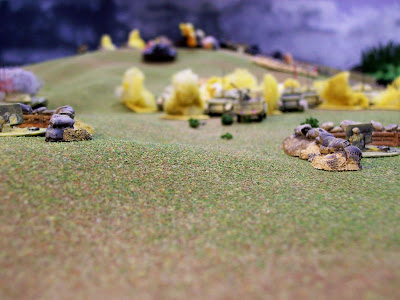 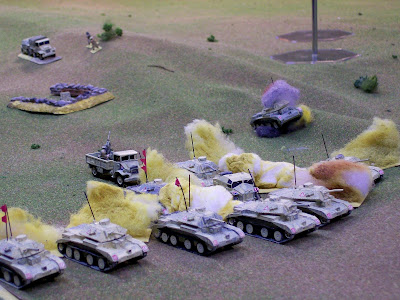 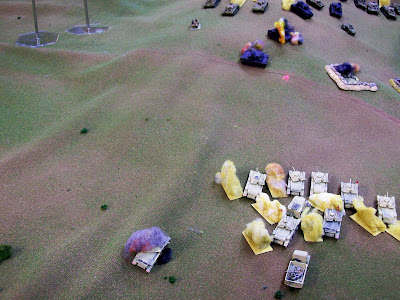 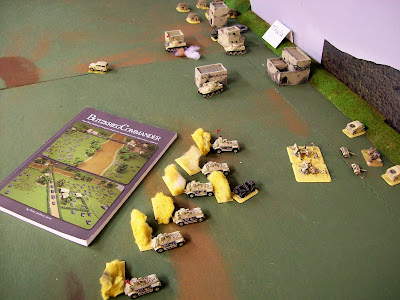 This is the British rear directly behind the Pass and the Crusaders - on a back table. A squadron of Marmon Herringtons have retreated to the village. Looks like they will block the RHA 25 Pdrs. in front of them if they don't move out of the way soon. In the village are three Grant tanks, one of  which is out of action from the panzers on the ridge off screen to the upper left.
----------
CLOSING REMARKS
1. Game resumes 30 March 2010.
2. Try a table covering with almost anything underneath to simulate near real topography.
3. You can do this too.
4. Comments welcome below.
----------
Posted by Gallia at 11:01 PM 7 comments: