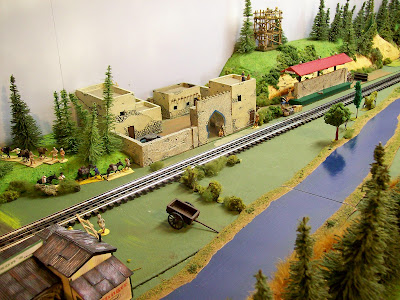 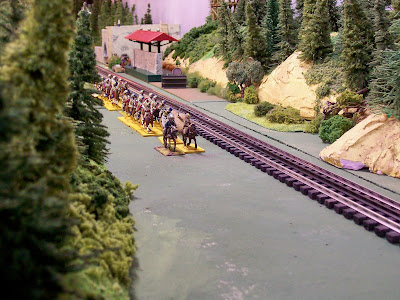 Whilst newly raised 4/9 Bengal Lancers depart Rhami for Fort Grant. They will exercise along the way. 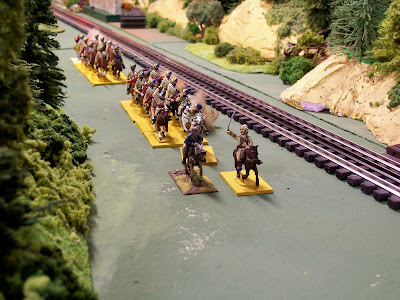 The squadron was previously quartered at Pune atop The Deccan Plateau. It has not seen action. 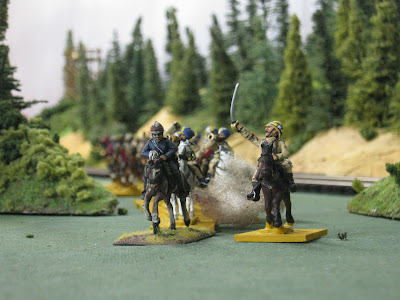 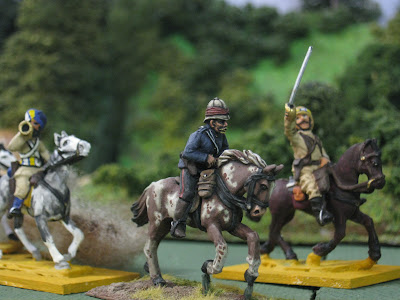 King Leopold II of Belgium asked the Britannian Government to allow Captain Verbeek to accompany The Khyber Field Force commanded by General Pettygree. His mission is to gain experience useful for service when he returns to the Army of his countrymen.
Jeff Cavender artfully painted Captain Verbeek and his mount. Thank YOU Jeff! 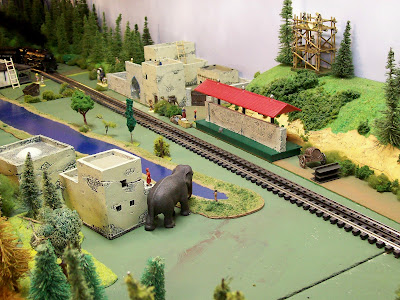 We hear a train a com'n, com'n round the bend.
Belch'n thick black smoke, an' blacker since I don't know when. 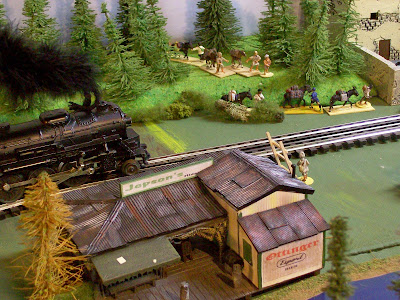 What cargo does it bring? Food and beverages for Jepson's? Another round of Ottinger if you please. 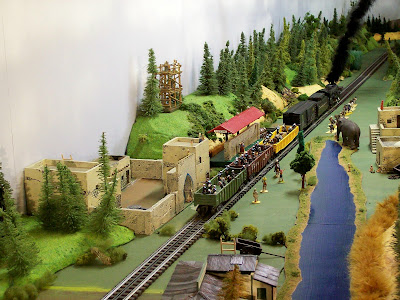 A British Naval Contingent. See "Closing Remarks" below for the storyline. 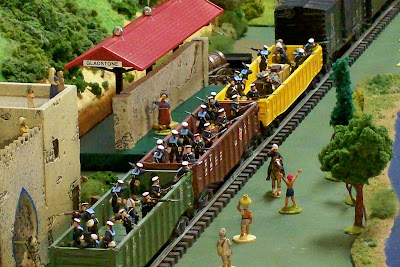 The sailors are supported by a Gatling Gun. The Khyber Field Force will need it! 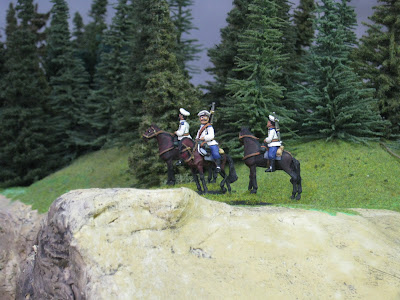 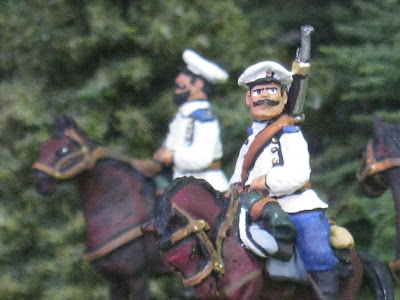 1. The naval contingent commenced its journey by motor conveyance from the Perry Factory in Nottinghamshire arriving at the home and studio of John Preece in Wales. Passing restful bucolic moments there whilst being expertly uniformed and accoutered, they afterwards boarded a flying contraption for America. After several more motor vehicle rides they arrived here descending to the basement wherein lies The North West Frontier and other places. Delighted to have them and very smart they are. (John is not taking new painting commissions at this time.)

2. The railroad was assembled mostly from The Lionel Train Corporation. Trackage is Gargraves. Lionel's Train Master Command Control System allows for walk-around wireless hand-held remote control - a singular and wonderful contraption.  The railroad was put away not quite a decade ago but is having a Renaissance of its own for the NW Frontier and a dear little fellow who just turned five years old.

3. Otherwise: Jepson's and the buildings were made by Miniature Building Authority. The train station is a Lionel product. The white-clad horsemen were purchased at Little Wars 2010 from Recreational Conflict; Bulgarians actually, but they aren't Bulgarians here!
Posted by Gallia at 10:33 PM 11 comments: