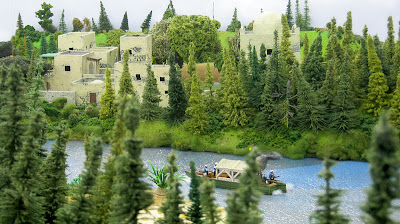 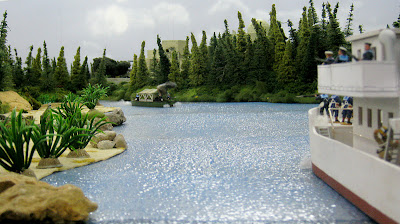 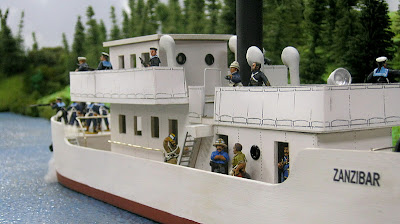 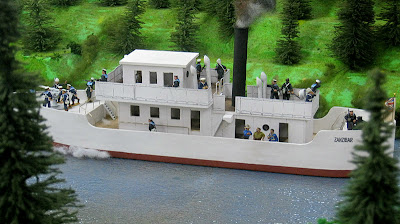 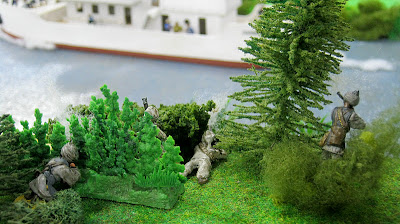 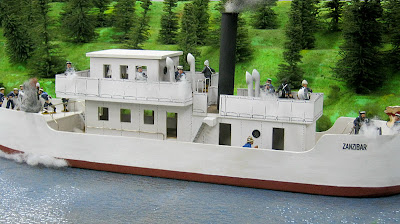 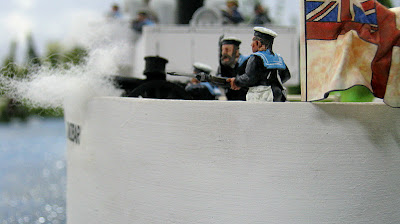 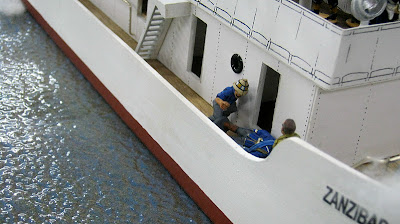 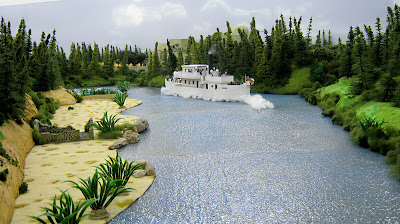 Zanzibar increases speed moving out of range of enemy fire.
----------
CLOSING REMARKS
1. Readers are kindly reminded this is Part VII of a second serial story on the Campaigns of General Pettygree blog. Part VI, The Spy, appeared here on 24 July 2011. This story and General Pettygree's Surajistan Field Force (Chapter 55 recently posted) are occurring at the same time.
2. Col. Lawford was detached from Gen. Pettygree's command due to his unique knowledge of whom he is pursuing. Tally-Ho Colonel!
3. The map mentioned at the very beginning is here: http://generalpettygree.blogspot.com/2011/07/chapter-vi-spy.html
4. Gunboat: A Houston vessel bought from The Virtual Armchair General. http://www.thevirtualarmchairgeneral.com/500-houston.html
5. Crew: Mostly Perry Sudan Naval Brigade painted by John Preece.
6. The water product from Scenic Express is terrific. See: http://www.sceneryexpress.com/prodinfo.asp?number=NH60851
7. Ahoy there lads! Your remarks are entirely welcome.
-------
Posted by Gallia at 3:06 PM 15 comments: