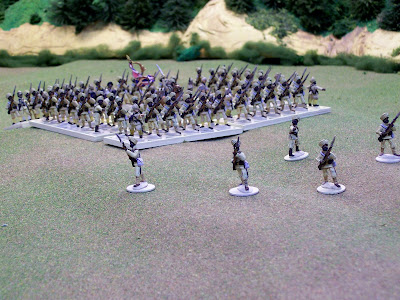 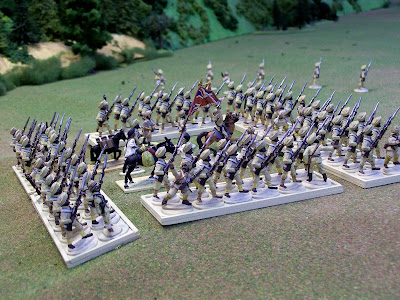 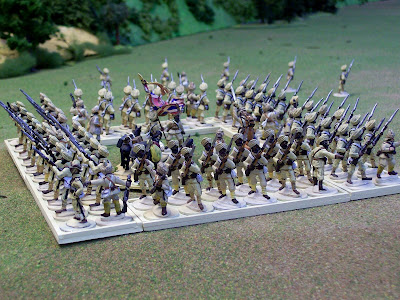 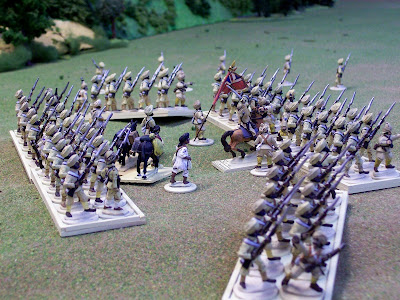 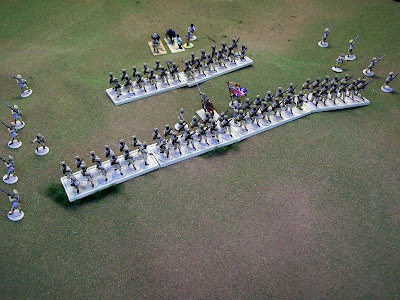 Four companies in line. Two companies in reserve. The seventh company is split into two uneven sections screening flanks. Supply has been ordered to the rear.
----------
Closing Notes:
Posted by Gallia at 5:49 PM

Very nice! (and I agree with your comment regarding flags - never mind the facts it looks good! LOL)

My units ALWAYS have flags (even if they didn't have them historically) . . . so I obviously agree with your choice.

Fine-looking unit . . . good drill too . . . I suspect that they'll do the Queen proud in battle.

Ah, I was missing Pettygree!

With the addition of your Berkshires and my Seaforth Highlanders, General Pettygee ought to be able to qeull the Tugs during the coming campaign season.

Very nicely turned out unit! My congratulations to General Pettygree.

Indeed, flags are a must and the Flag Dude does a great job! I just got some for my Mahdists and Egyptians. If you need flags, go to him!