Chapter 45: Captivity, Fiends And The Angel

The reader is kindly invited to review notes in Chapter 44, Durbar. There I described my early captivity, meeting The Supreme Leader, being questioned and impossibly renewing my acquaintance with -- Alexandra. 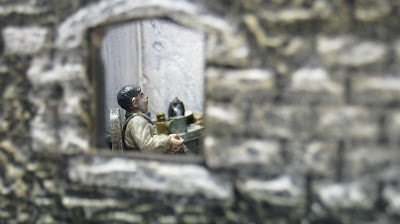 As I resume writing, those emotionally undulating first days are now past. However, let me go back in time for a moment reminding you how....

Desolation attending my thoughts instantly fled when Alexandra first appeared in the courtyard. In those moments my hopeless circumstances, the impossibility of escape and my unknown fate were replaced by her presence, striking beauty and conversation. After overcoming my shock, we talked.... 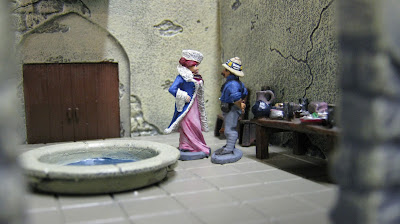 Alexandra: "I am just as shocked to see you. I had time to compose myself."
Lawford: "But how are you here?"
Alexandra: "When I learned my Uncle would be searching again for the missing treasure of Alexander The Great, I begged to come along. We were unpleasantly diverted here." 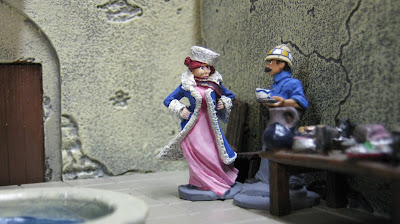 Lawford: "These regions are said to be endowed with several of his ruined cities."
Alexandra: "And treasure."
Lawford: "Yes but... Did you not know an insurrection by a sect previously thought extinct has erupted here? I am their prisoner; apparently on parole." 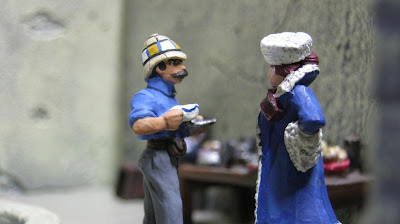 Alexandra: "I do now. Our expedition must therefore end. We are denied access to the ruins of Alexandrapor. Indeed our departure depends on you."
Lawford: "Me!"
Alexandra: "Da. When The Supreme Leader learned we had known each other in St. Petersburg, he demanded I convince you to cooperate with his inquiries. A few days ago my Uncle came to me...." 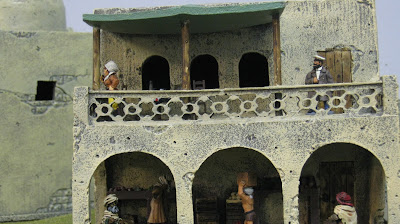 Villainovich: "Alexandra. Excuse me. May we talk?"
Alexandra: "Da Uncle." 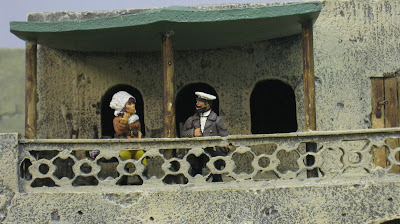 Villainovich: "Our expedition is ruined. And there is more."
Alexandra: "Vat - Uncle?"
Villainovich: "When The Supreme Leader learned you knew his prisoner, I was asked to have you make certain inquiries."
Alexandra: "Inquiries? Lawford vill never reveal anything." 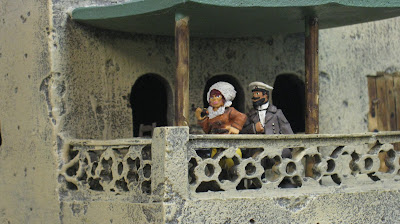 Villainovich: "But if he does not, he will be tortured and we will remain here."
Alexandra: "Uncle! This is impossible. Madness!"
Villainovich: "Da. But you must try." 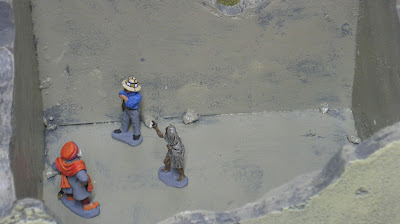 Torture said she. I'd been expecting no less since the first durbar (audience) mentioned previously. Alexandra knew I could tell her and them nothing. When we parted, I was taken to an empty dirty room where the Chancellor and Guru again demanded I reveal the nature of General Pettygree's reinforcements arriving at Fort Grant. They asked more - a lot more. I revealed nothing while.... 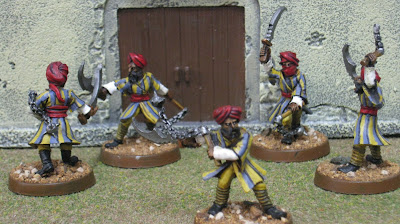 Five ruffians exercised,danced, capered and hallooed outside the room. 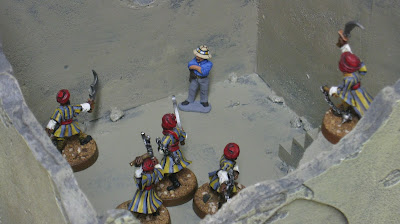 Ordered inside they did not quite do their worst. When the fiends finished with me I was.... 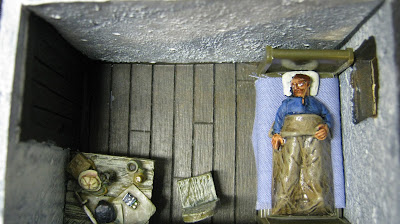 Taken to my cell and thrown onto my bed. Shaken but not broken I laid painfully awake most of the night. Alone and desolate. 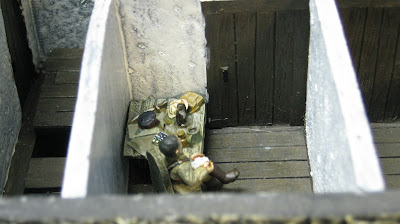 The next morning after rising slowly, I dressed in my tunic to hide my wounds and as protection from morning air entering by the open window. I resumed writing the narrative you are reading now when.... 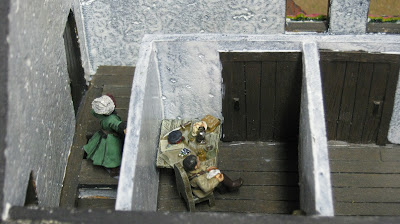 I heard light footsteps ascend the wooden stairs. They stopped outside my door followed by knocks and the unmistakable voice of Alexandra. 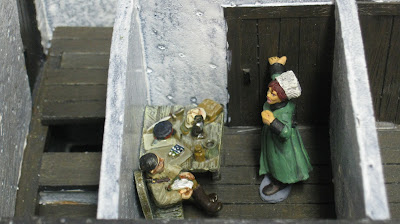 Alexandra: "Don't get up. Those brutes! NO! Stay seated darlink!"
Lawford: "Alexandra! Yes, if you don't mind I will just stay seated -- here." 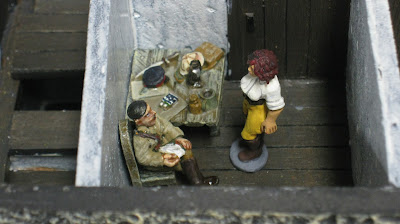 Alexandra: "Good. Let me throw my hat and coat on your bed. Ve must talk."
--------------------
CLOSING REMARKS
1. Structures from Miniature Building Authority.
2. Fiends and most chaps sauntering about below Villainovich and Alexandra were loaned from the super Pulp collection of Chuck L.
3. Foundry supplied Lawford in tunic with chair and table from their British WWI Interrogator Set artfully painted by John Preece. The Darkest Africa range has a nice variety of British officers in uniform and without tunics including the chap with tea cup in sets DA91 and DA93.
4. The Chancellor is from Mutineer Miniatures.
5. The Guru was obtained from Scale Creep. Mark Severin has two packages of personalities adapted from the 1939 motion picture Gunga Din.
6. Old Glory's Realms of Terror, A Romanov Holiday GHR-2 A has the Tsar, Tsarina who became Alexandra, plus two children.
7. Other versions of Lawford and Alexandra came from Copplestone Castings. See High Adventure BC1 Armed Archaeologists and BC19 Female Archaeologists. Also see Back of Beyond BC17 Bolshevik Heroines.
8. One of Tiger Miniatures Bulgarian officers became Villainovich.
9. Your remarks are welcome -- below -- at the word Comments.
--------------------
Posted by Gallia at 11:44 PM

!!!!! What else will Alexandra throw on the bed!! :-)
You got me hooked waiting for the next bit...
Cheers
Paul

Quite steamed up my monocle - I must say.

Time for popcorn and a soda....

This is getting really good!

I don't think talking is the only thing they will be doing :D

Good heavens, what a fix to be in! Looking forward to more. Very nice buildings and figures too, highly effective.

That brazen hussy! Lt. Col. Lawford had better be on guard lest his weakened condition lead to weakened judgment and incalculable consequences. Steady lad....

Artfully one, Bill! Great fun too.