Chapter 47: Rescuers Arrive To Save Me!

"May I suggest readers kindly repair to Chapter 46, "Explosion" where as Alexandra and I conversed, a tremendous explosion extraordinarily changed everything."
---------- 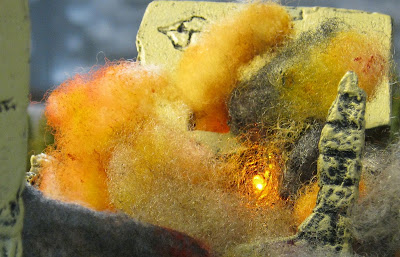 "This is the nearby building exploding, soaring upwards and disintegrating - pieces cascading down a slope to a stream below." 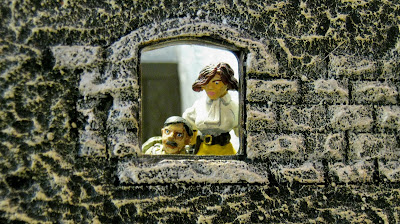 "As we stared in bewilderment, loud voices, gunshots, horses and running footsteps added to the din. Amidst it all I strained recognizing an improbable voice at the watch tower entrance below." 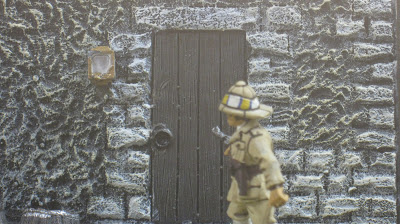 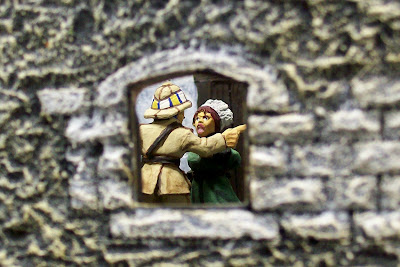 "Indeed it was time to go. Native voices above us shouted angrily arguing their next move. Alexandra put on her coat and hat whilst I grabbed my manuscript.

"In a flash she pushed me backwards. I fell. She opened the door, slammed it shut and vanished before I could recover."

"The tempest above and below grew in intensity. My jailers above began to descend, no doubt to restrain or kill me. Footsteps below pounded up a flight of stairs followed by gun shots and bellows. Outside a whirlwind of combats swept through the area."

"I thought my life could end, my cruel captivity continue or I might escape. Maimed or intact? Vainly - stupidly - I hoped at least my manuscript could somehow get out so those who cared would learn my fate and discover something about this notorious cult."

"However, before you learn my fate and that of my rescuers, read on. I shall explain the singular events of this day as best I can - to the end - commencing with...."

"Yesterday my rescuers reconnoitered approaches to Kota Ki-Bandahar from the east and west." 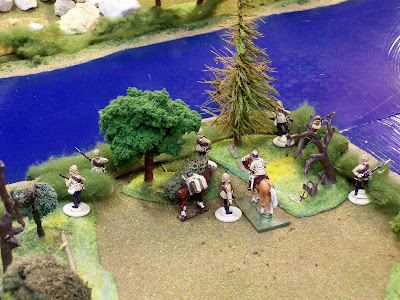 "Lt. Caddy RE commanding a troop of 10th Hussars arrived before sun up hiding in the brush waiting for the moment to start the battle east of the village. The honour to do so was theirs. They placed and detonated explosives in the building mentioned earlier just across the stream." 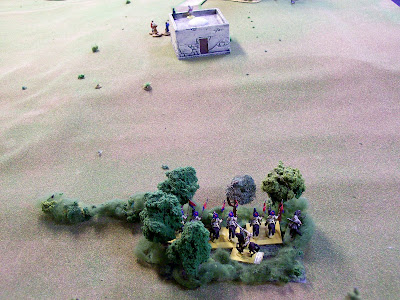 "Whilst a mile to the west Captain Gill descended into a swale secretly posting a troop of 9th Bengal Lancers facing east within a copse. Following the explosion...." 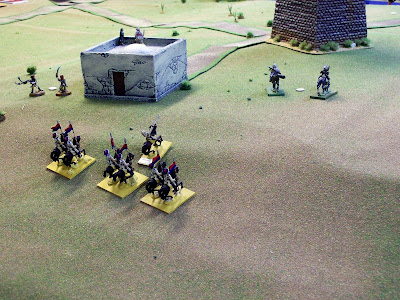 "Gill led his troop quietly forward. Preceding him in a cunning ruse two allied natives pretending to be Tugs, rode into the village inquiring about the explosion. Almost every Tug eye still observed the destruction at the other end of the village. To enhance their curiosity, Lt. Caddy ordered the hussars to open fire with carbines there. [Not shown.] The battle was on." 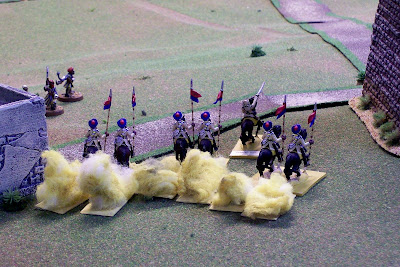 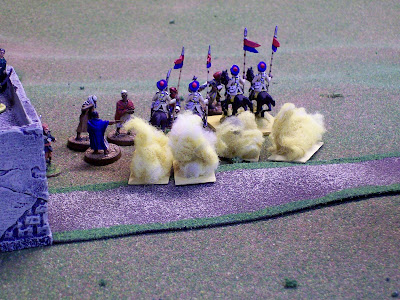 "Four sowars to successfully engage the foe coming from the left whilst...." 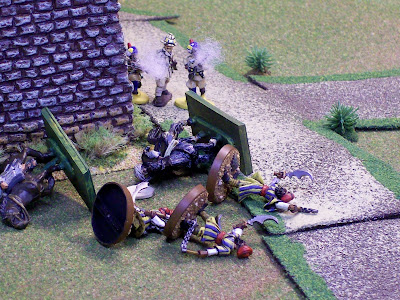 "He and two other sowars dismounted taking revenge on the foe who had just dispatched his native allied horsemen. It was after this combat he shouted up to me and entered the Watch Tower. He pounded up the stairs and...." 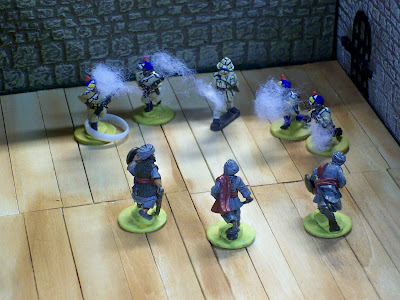 Blimey, it's all kicking off!

I say, Old Chap, is this what one calls "a spot of bother"?

Nice use of the flashback!

Always surprising!
Thank you for your "novel".
Best wishes for 2011.

Please tell us the method you used in creating your explosion, it's very effective.