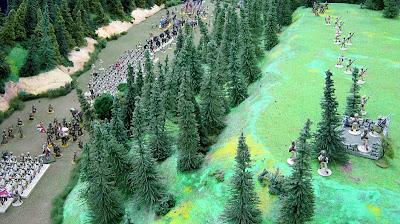 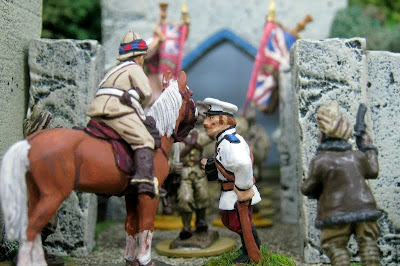 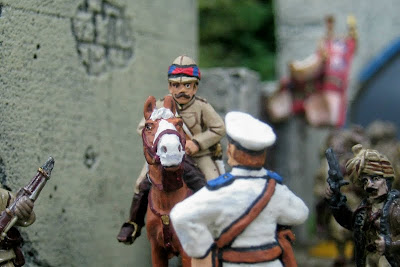 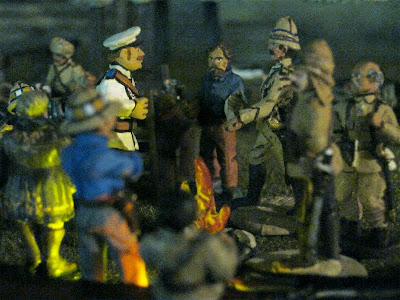 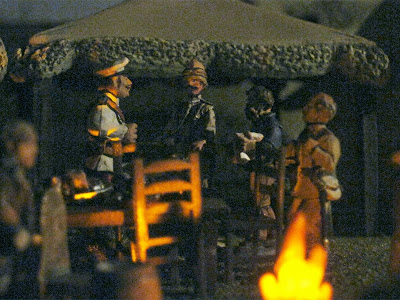 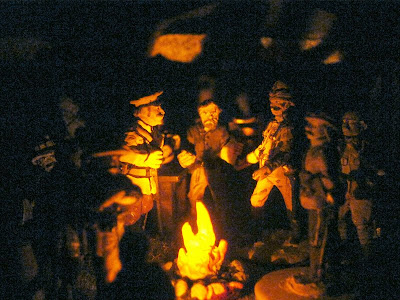 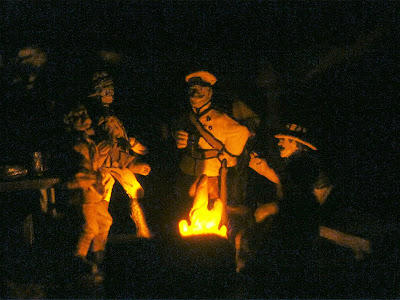 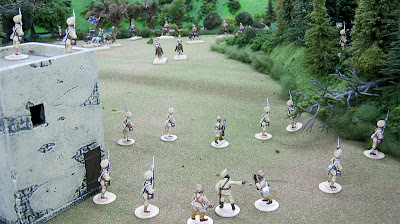 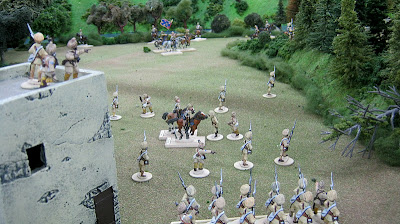 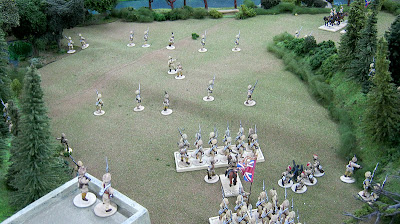 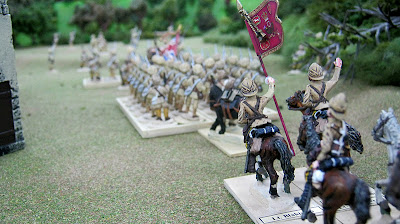 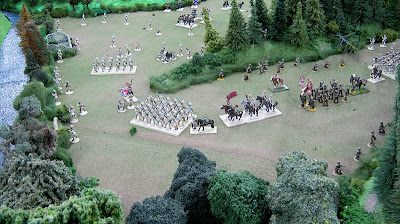 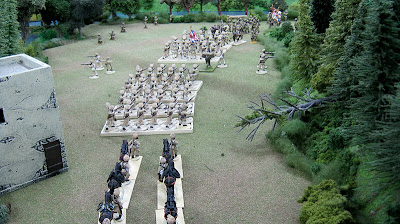 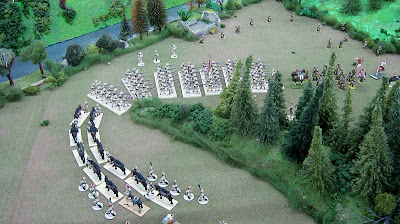 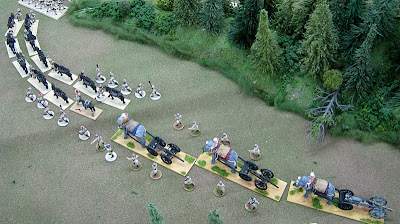 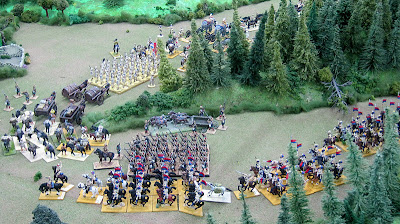 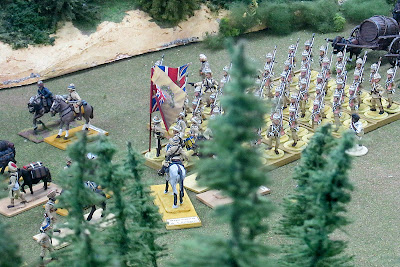 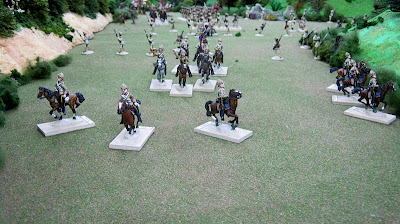 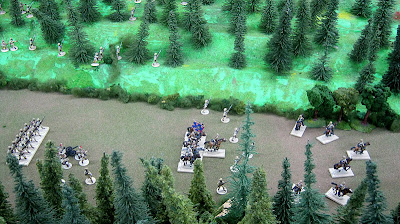 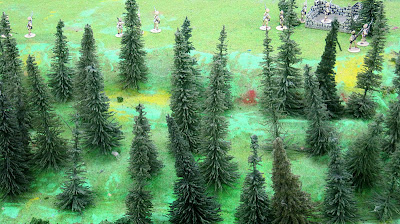 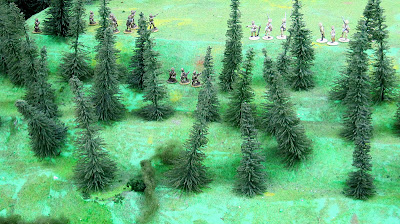 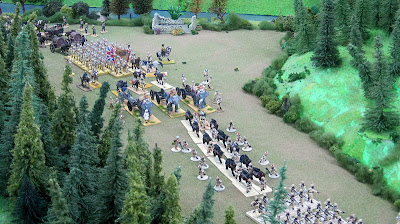 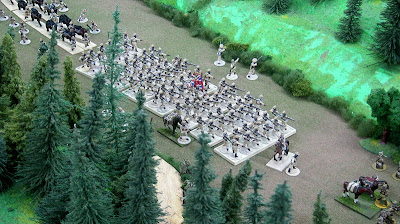 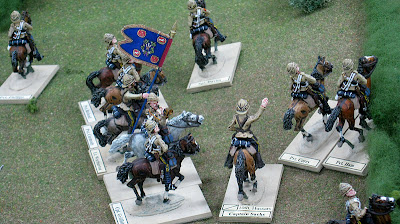 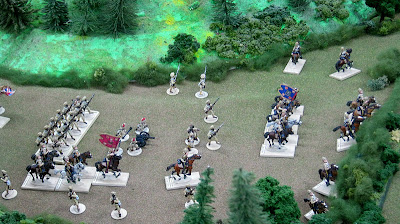 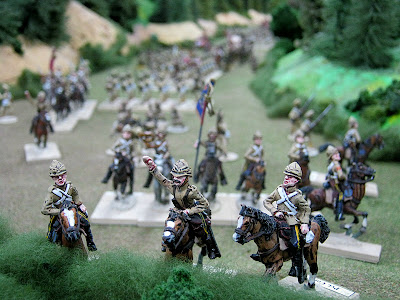 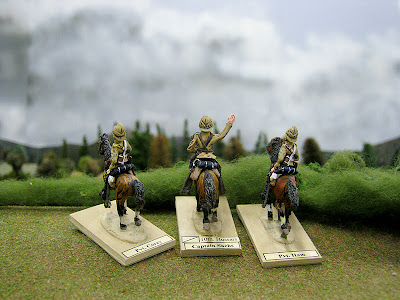 Trooper Ham: "Begg'n yer pardon Sir, I can't say I know."
----------
CLOSING REMARKS
1. Attrition has affected every unit marching in The Surajistan Field Force. For example, the Berkshires have lost approximately 50%. It can be very easy to track losses, recovered wounded and reinforcements. Assign 1D6 per casualty marking the six possibilities with whatever makes sense to you. For example: 1 = KIA or Invalided Home, 2-4 = Remain in hospital and 5-6 Lightly Wounded Recovers. Results would be worse for those without modern medical assistance - for 1900 that is. Keep it generous though to keep your campaign going.
2. An extremely useful book aimed at junior officers is, Lessons In Imperial Rule. Instructions For British Infantrymen On The Indian Frontier by General Sir Andrew Skeen. The abundance of information germane to Colonial gaming will be prodigiously relevant from skirmish tabletop games to anything larger. See: http://www.naval-military-press.com/india-1908-39/
3. Thank you for your interest. Comments are always welcome below.
----------
Posted by Gallia at 7:27 PM

Excellent work keeping the anticipation and tension going! I was expecting the column to come under fire the entire time.

Inspiration to keep working on the Colonials collection is appreciated!

Fantastic work - your photographs always through me into a pit of despond. I shall never equal them.

Great article ! I have a feeling I know what is over the hill :)

Splendid work again, sir! I particularly like the firelight effect in the photos, and the companionable atmosphere it generates.

As usual, a pleasure and a joy to see and read. High Marks, Sir, for the campfire lit photos!!!

Thank you very much for taking the time to comment. I appreciate your interest and kind thoughts.
Respectfully,
Bill

As soon as I saw the very first photo I thought,

'Aha General WAP is giving us an object lesson in moving a large force through enemy held hills.'

Great stuff and something all those young subs out there can study at their leisure.

The campfire is pretty awe inspiring too.

This is amazing! I feel like I've stumbled into the middle of an old movie like Korda's The Four Feathers. And now I have 54 stories to read prior to this?!? Wow. Love this site. Blessings to it and it's inspire and quite mad creator.

The firelit scenes are fantastic. Makes one want to put on a billy of tea and swap a few tales from the frontier...

Thank you again Sirs, for your kind and encouraging thoughts. I appreciate you taking time to converse very much.
Respectfully,
Bill

This is all but you need to do to get approved for no credit check loans bad credit loans.