Diary of A Subaltern in the Sudan #1

Vulnerability of the new rail line between Wadi Halfa and and Kosheh was never more apparent now that the Dervish were said to be moving into Northern Sudan again. An energetic and far thinking enemy could disrupt the rails and trains almost anywhere along it's nearly one-hundred mile length. This would greatly inconvenience and delay the Army's build-up and eventual march south to the heart of the Khalifa's empire and to avenge Gordon of Khartoum.

Upon the next reconnaissance to inspect the track and find the foe, General Shearing granted my request to accompany the scout. This would hopefully provide another opportunity for action, a medal and mention in a dispatch to enhance my political fortunes one day. 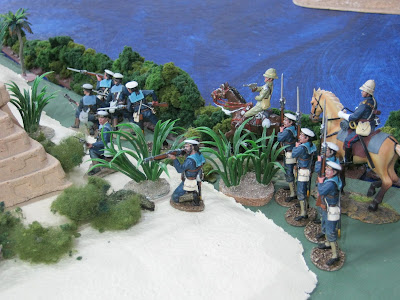 The sun was not quite at it's zenith when Freddy Grandmaison and I took cover behind curious ancient ruins half-buried at a bend on the east bank of the Nile River. 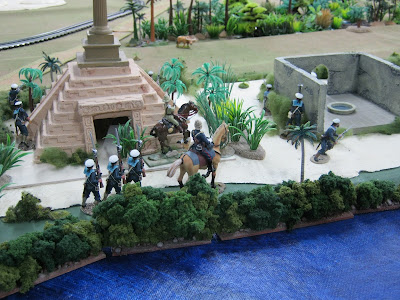 Terrain stretching southward along the track was mostly hidden from view by a verdant oasis. We needed to ascend one of the structures to sufficiently make observations beyond it. 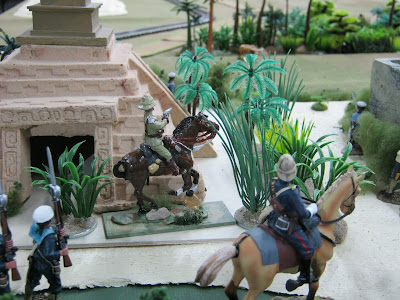 We began by spreading out within the ruins being careful to avoid Nile crocodiles and any hidden Dervish. There were none though reptilian tracks were conspicuous. 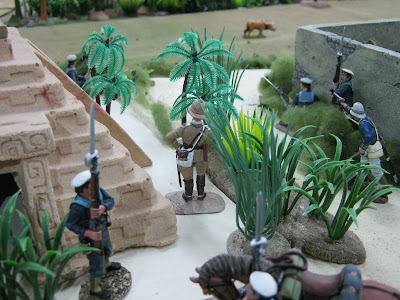 Freddy and I dismounted to get a better view. We saw nothing but an indolent water buffalo casually walking away from our invasion of his realm. 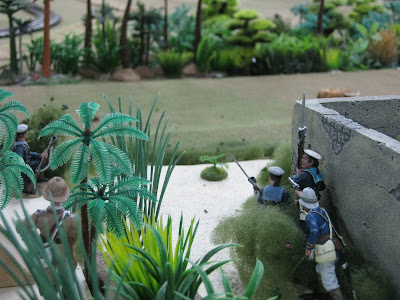 We moved forward using overgrowth to hopefully conceal our approach. I amused myself thinking a palm branch or tall grass might alter the path of a Dervish bullet away from it's intended target. 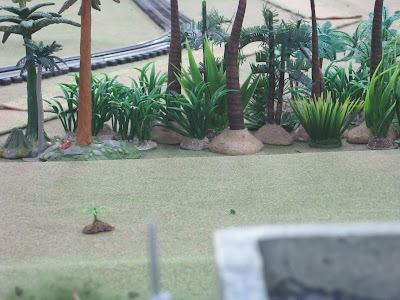 We saw nothing on the left and.... 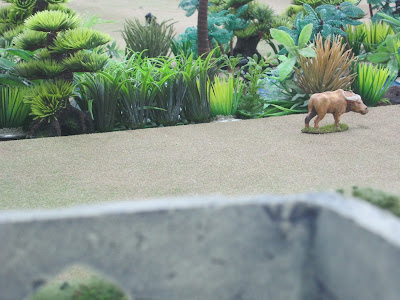 Observed only the meandering herbivore on the right. 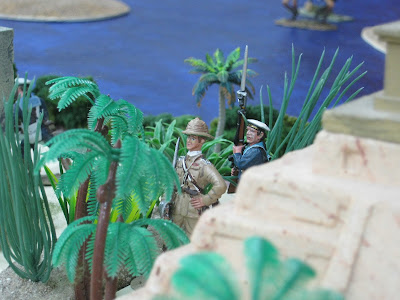 Just as I was about to leave to ascend the small pyramid on my left, Seaman Armitage quietly said, "Sir, I see something in the back center." 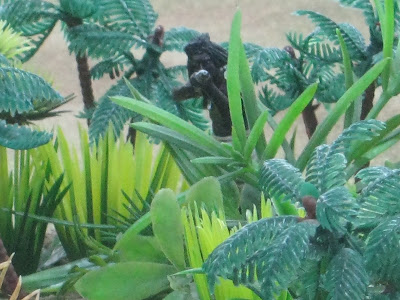 Sure enough a solitary Dervish was leveling a rifle at us. Yet he did not fire then or at all while we were in the ruins. Did he think remaining unobserved was best but if spotted would discharge a deadly round to raise the alarm? He perhaps thought as did Freddy and I, it would be better to report back to higher authority rather than die with knowledge gained. 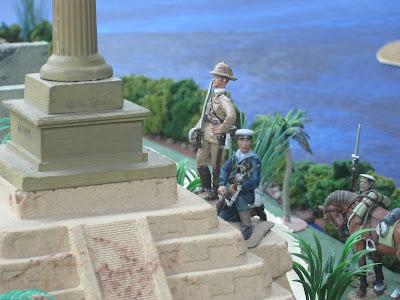 After this I bravely or imprudently ascended the pyramid to look into the vista beyond. You will be the judge regarding my necessary attention to duty or foolhardiness. Thankfully a column at the apex afforded some protection. Yet General Shearing needed information about what lay in wait to the south. I was there to discover what I could. 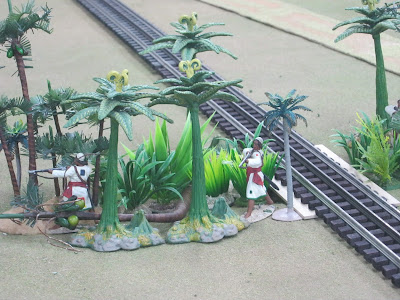 As I looked along the track my eyes came to rest upon a small bridge crossing a watery ditch. Within were ensconced a small number of jibba-clad Dervishes. Were they waiting for the next supply train? 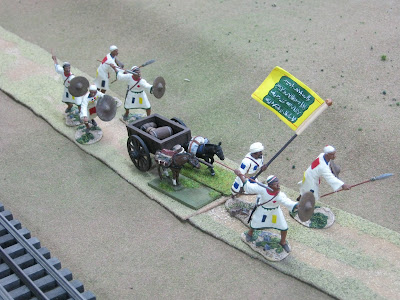 I even imagined friends might bring explosives to destroy the crossing.


After this vision, Freddy called up to me saying it was time to report back to headquarters and so we departed as quietly as we had come.

1) The Diary of a Subaltern in the Sudan is the prelude to a 54mm war game in The Sudan.

3) Your remarks are welcome at Comments below.

I'm a newbie to this blog and have to say I'm hooked. Bought a copy of the Malakand Field Force as well as some of the other books recommended and enjoying them immensely. Thanks for the time and effort you put into these reports.

A new adventure has made my day! Outstanding!

These are always so much fun to read and peruse, Bill!

Terrific little story to lead into the next game ...

A nice story, wonderfully illustrated, these pictures are beautiful and very atmospheric, I like the terrain and the figures, a lot!

This is going to be good. Looking forward to the next installment.

Hello Everyone.
Thank you for your kind remarks and sentiments. I appreciate all you have said and am very glad the story was interesting and eye appealing for you. The game was played on 23 February. Many photos were taken for the next installment of Diary of a Subaltern in the Sudan.
Gratefully,
Bill P.

I don't know how I missed this, an excellent set up to the pending battle we will fight with our 54mm toy soldiers.

Love the narrative stylings and coincidentally at a time where we are reviving out interest in "colonials." Looking forward to more installments in the ambitious subaltern's timeline.