Chapter 3
Fort Albert
Previously 1/10 Hussars en-route to Fort Albert were shockingly pursued at the gallop by Ragnar Khan's horsemen. Only the unexpected intervention of Imperial forces very recently arrived at the abandoned base turned the foe away. All is well. 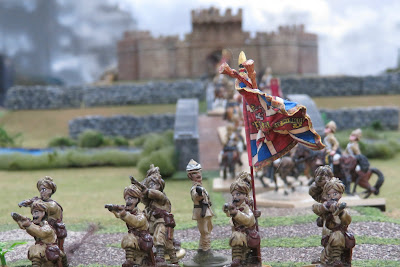 Here we observe a rearguard section of the 27th Bombay Miners and Sappers screening the just arrived Hussars from the chase by Ragnar Khan's cavalry. 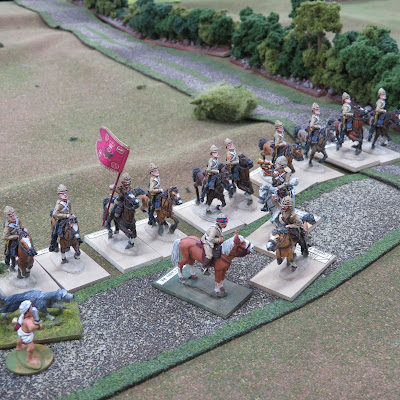 "Whenever you're ready Captain Bartlett, we can process into Fort Albert." 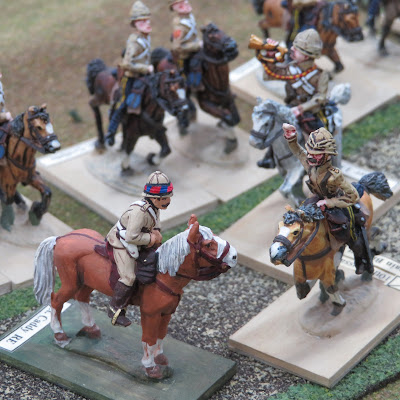 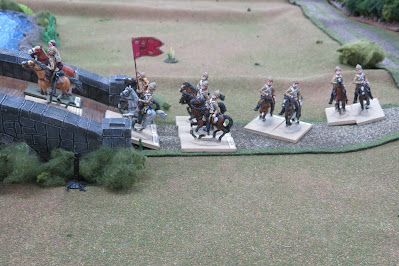 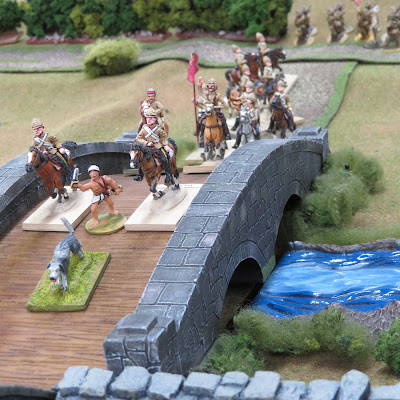 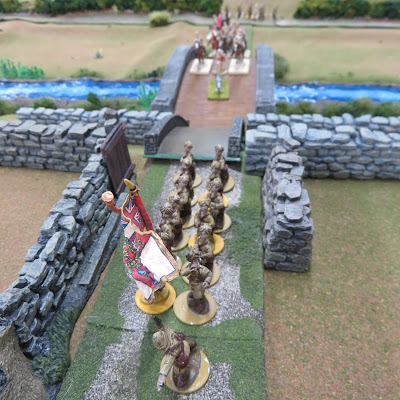 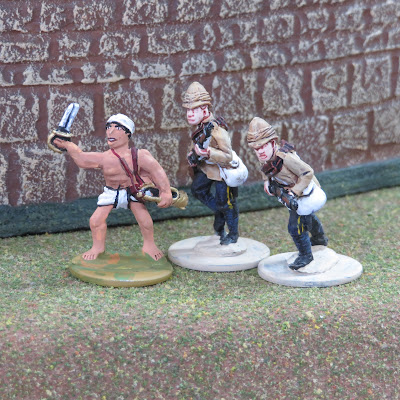 "This way Sabs'. Gupta will show what needs repair. 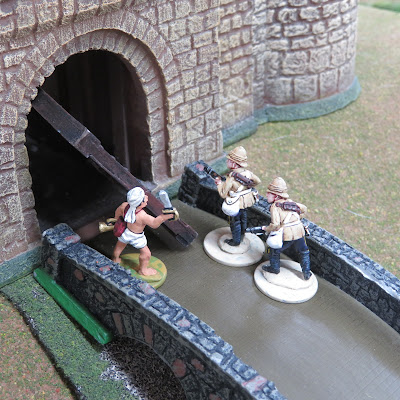 "Trooper Ham. Remember the prodigious blast from the tower when we arrived?"
"I do indeed, Trooper Corey. Did the Lion Cannon cause this Gupta?"
"No Sabs'. It was like this before."
"I'll bet a month's pay Ragner Khan did this months ago," commented Ham. 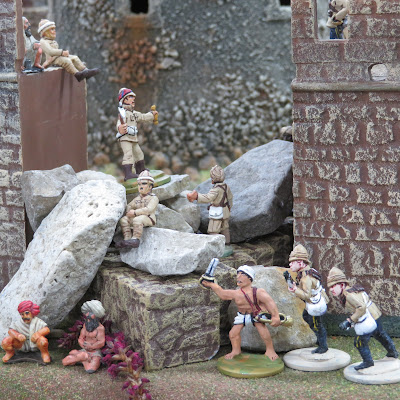 "Look what else he did," said Gupta. 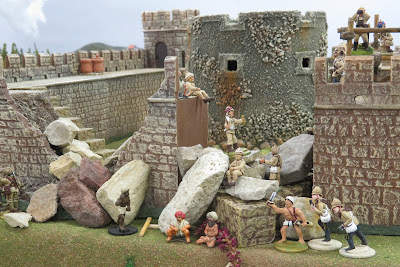 "My, my," said Corey.
"Half of the north wall has been razed," observed Ham.
"What's Sergeant Wilcoxin saying?," inquired Corey. 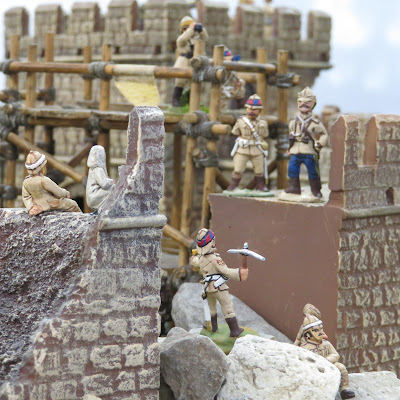 "Captain Caddy, Sir, this raffle needs some dyneemight to clear away the area before we can effect repair of the wall. Pickaxes and shovels just can't do the job fast enough with Ragnar Khan expected. Plus, as you see, Sir, the work party is indolent. Explosions will cheer the men immensely." 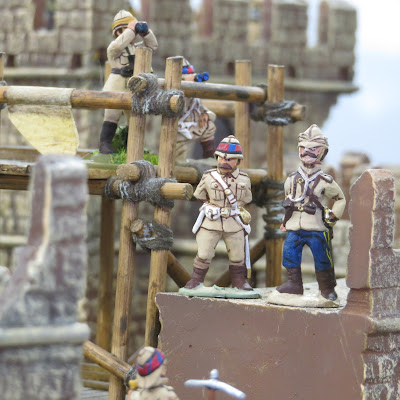 Clearing his throat, "Hmm. A full or half stick then, Sergeant?" 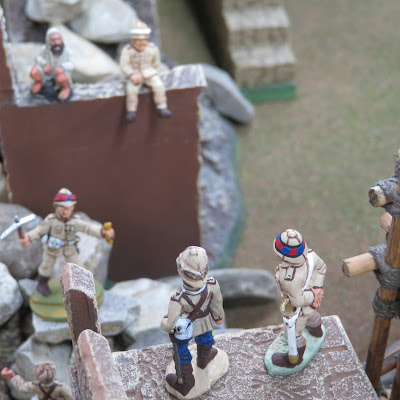 "Well Sir, a might less I'm think'n. Spread out. Otherwise we might bring down the whole north face." 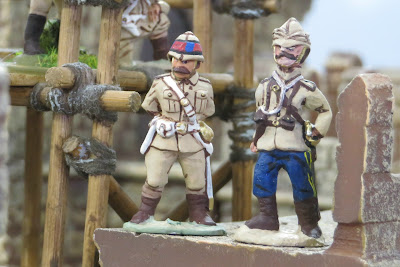 "Caddy, I don't like Wilcoxin's plan. You're the engineer though. What will it be?"
"Aye Captain Bartlett. Alright Sergeant. A three quarter stick broken in parts spread out in the rubble. When can you be ready to light the fuses?"
"In one hour, Sah! Maybe less."
"Carry on Sergeant. The garrison will evacuate to the west of the tower just in case. Lookouts! Anything in sight?" 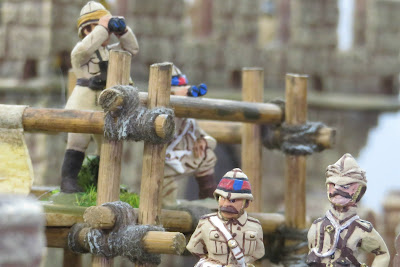 "Nothing Sir to the north. No enemy in sight." 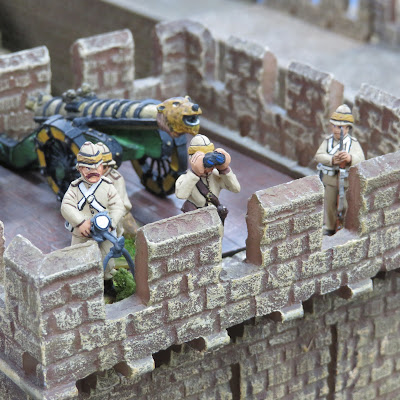 "Tower reporting Sir. Nothing in sight from the south. However, a heliograph report from the west says the 1st Sikh Regiment will arrive in one day." 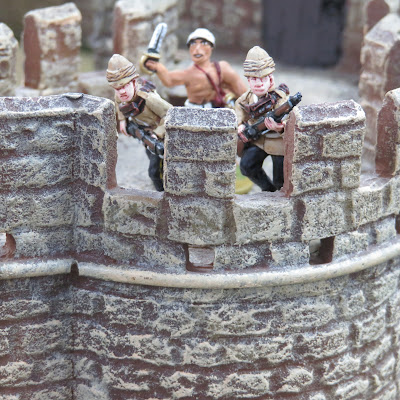 "You heard that Officer of Engineers, said Corey.
"Yes. Let's go down an' stroll to the west outside the fort to watch the show," said Ham.
"Gupta, too!"
One Hour Later 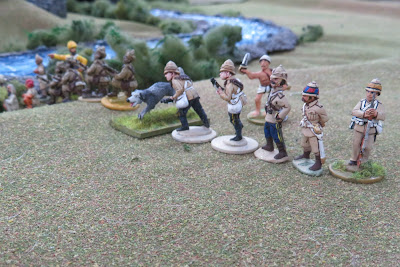 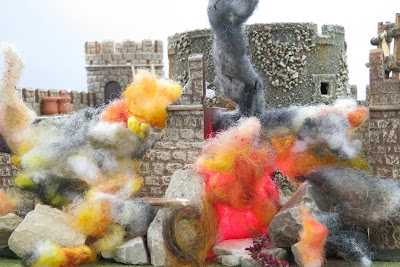 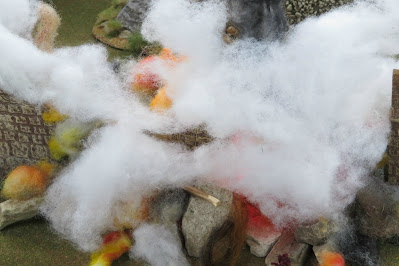 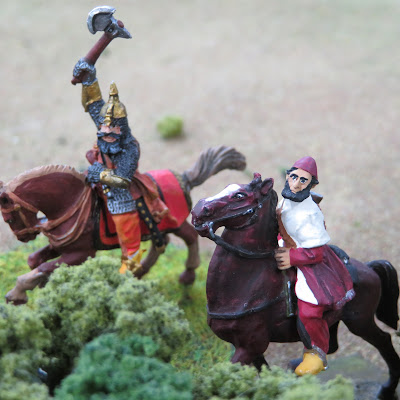 Elsewhere Hidden By Cover
"The wretched Imperials are finishing our work at the north wall."
"We must immediately report this gift to Ragnar Khan!"
"By the pathway through the secret cavern. Let's ride!"
CLOSING REMARKS
1. Also see:
Chapter 1, At The Gallop
https://generalpettygree.blogspot.com/2022/09/empire-of-wrath-chapter-1.html
Chapter 2, Half A League To The Fort
https://generalpettygree.blogspot.com/2022/09/empire-of-wrath-chapter-2.html
2. Chapter 4, Ragnar Khan will be posted near October 29, 2022. We look forward to seeing you return for this next exciting installment of Empire of Wrath.
3. Thank you for your interest and approbation.
4. Meanwhile, your comments are welcome below --- at Post a Comment.
Posted by Gallia at 8:08 AM

A most enjoyable way to start my Saturday morning. Thank you! Looking forward to the next installment.

A stirring tale, General, and a fine body of men and Jack.

Hmmm, what devilish surprise awaits the unsuspecting garrison? Will the Sikhs arrive in time to assist, will the wall and gate be repaired in time???