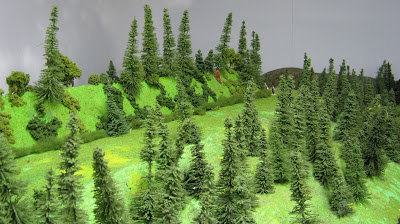 The summit. Look closely in the right center distance for activity. See 'em? 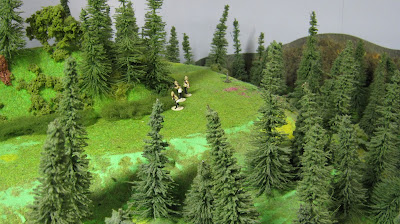 That's Sgt. Davies and two of his 10th Hussars scouting around the corner. 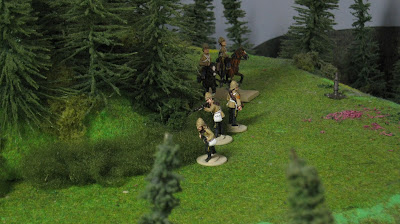 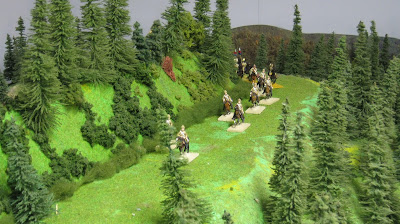 The Rescue Column rides around the bend hugging the side of the  mountain to avoid the dangerous drop to their left. Up ahead.... 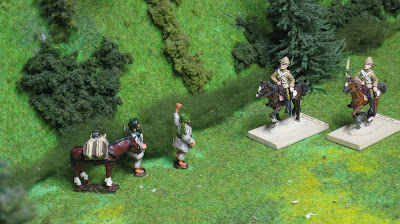 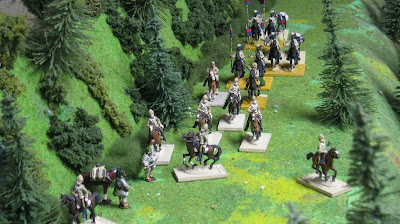 Sgt. Davies: "Wot's this, THEN?"
Native: "My name is Aacharappan from the poor village of Bhouratabad."
Davies: "Out for a stroll?"
Aacharappan: "No bhai. My malik (headman) sent us to beg of the Barra-Sahib (great man) Pettygree for help. KHAN destroyed our village not five days ago."
Davies: "Did he have British captives with 'im?"
Aacharappan: "Yes."


Village Of Bhouratabad In The Valley Below 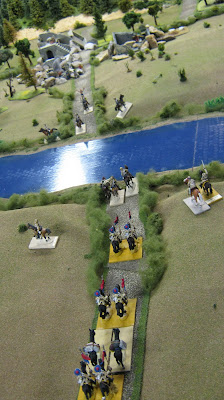 Captain Gill ordered The Column to Bhouratabad to see what KHAN had wrought. His pursuit will hopefully rescue the prisoners - the object of his mission. Sergeant Davies is across the river approaching the village. 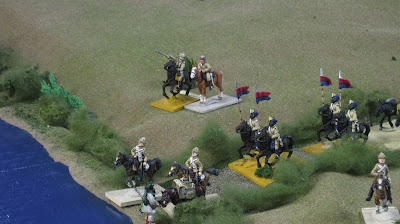 While Captain Gill (left) and Lt. Caddy RE (right) observe from high ground. 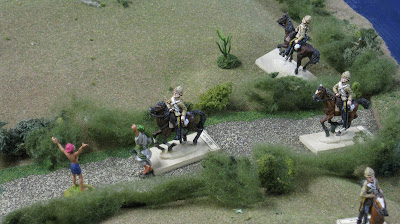 Sergeant Davies is greeted enthusiastically by a villager. All appears correct. Thus.... 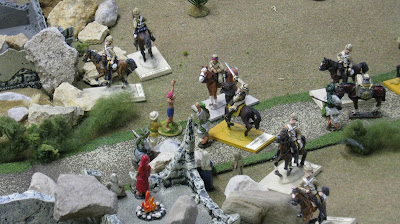 The Column is ordered to the village. Officers speak to the headman. 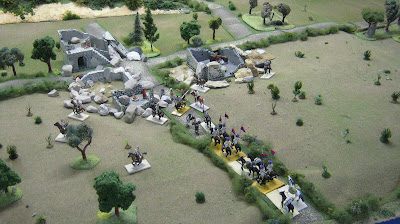 The destroyed village and The Rescue Column. Why did KHAN do this?
Move OUT!   There's Not A Moment To Lose!
Blast That KHAN! 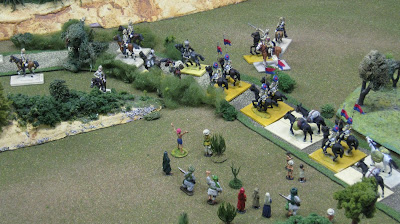 The Imperials moves out an hour later. Village survivors watch them leave. Some.... 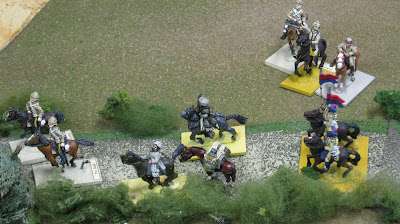 Accompany the Imperials as guides and methinks more.
While Elsewhere 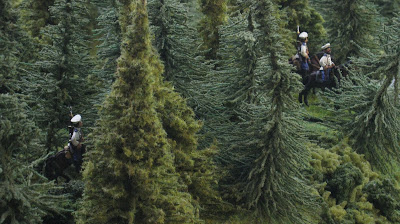 Others move silently through a forest -- we know not where or why. I must confess "Quiet now, look to your front and double click your images" had me laughing out loud in the pub.

I recently found your blog and read through your adventures in several days. I very much enjoy the pictures and story you've created. However, my favorite part is your use of scenary and terrain it add so much of an immersive feel to your story. Im looking forward to futher develpments!

I suspect that those Russians had vile Stagonian ancestors.

At least the Japanese will destroy the Russian fleets within a half-dozen years.

Brilliant Brilliant !!!
This is right up my street :-)
A continuing story with colonial types..excellent. I tried something like this, but itt was only small episode in the Life of Major brashford and Lt. Tompkins...
This I shall watch with great interest..
Cheers
Paul

Excellent as ever. Nice scenes.

I'm running out of superlatives I think, as once again I find myself delighted by the terrain and figures and absorbed in the story.

Thank you Bill for another fine instalment.

Brilliant stuff, Bill... each episode is much appreciated in this quarter of wargaming land...

Squibzy says: You never fail to entertain and illuminate, good Sir!
I read a forum-comment from some young cad that he thought the lack of scenic bases on some troops a poor thing... Not at all! Follow the tale, enjoy the scenery, feel the suspense growing inside your stomach, imagine the probabilities & outcomes... Superb, Bill, as always!