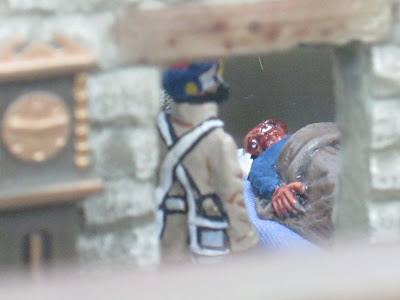 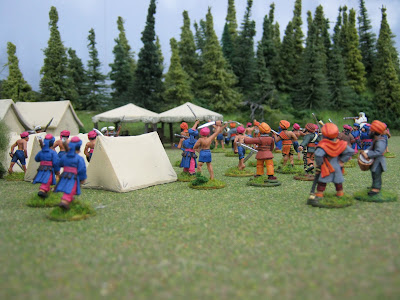 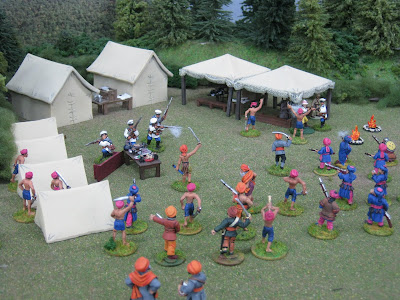 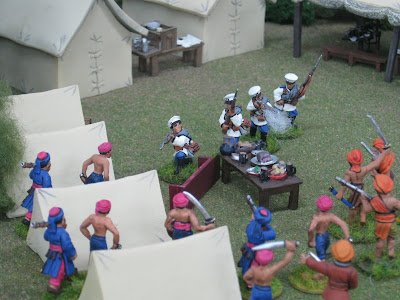 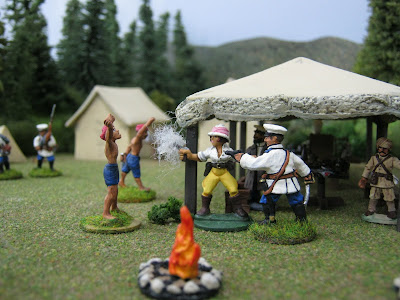 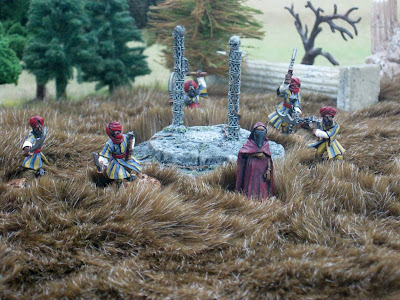 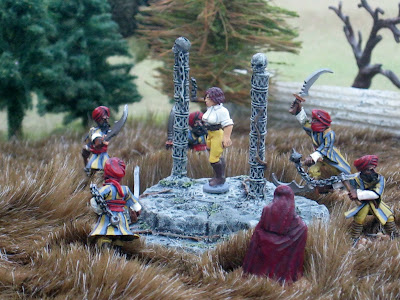 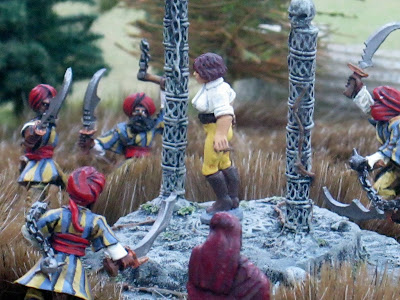 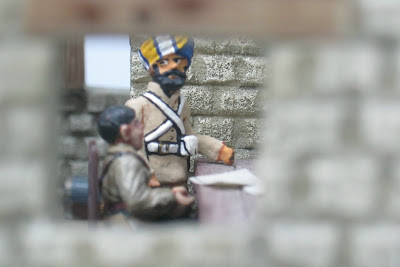 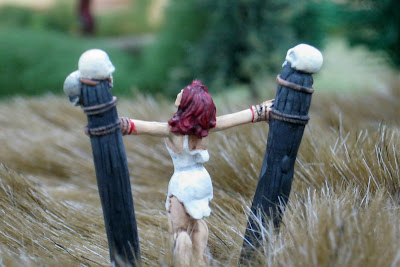 Lawford: "Hopelessly left there to...."
----------
CLOSING REMARKS:
1. The building is from Miniature Building Authority; some with terrific interiors.
2. MBA also has the tents and altar.
3. Chuck's Pulp characters are in evidence around the altar.
4. Pulp Miniatures provided the model for the final photograph.
5. Come on then. Let's rescue her!
6. Your remarks are always welcome below at the word comments.
----------
Posted by Gallia at 6:56 PM

Bravo - the General returns. I was just contemplating how long it has been since the last installment. Very nice story and use of miniatures. The beasts to dare do such things to a woman!
If I may ask, what make is the veiled woman?

Oh, I say! The rotters! I'm looking forward to an account of the noble lady's rescue, sir.

Excellent start to what will be, I'm sure, a great storyline.

Hi Furt,
Chuck tells me the veiled woman is from here:
http://www.oldgloryminiatures.com/products.asp?cat=502
-----
Thank you for your comments Sirs!,
Respectfully,
Bill
-----
Chapters II and III are done excepting one more photo. These will appear in June.
-----

I look forward (now that it is June) to the next installment.

By Jove, Sir, this yarn's as good as those 'penny dreadfuls' one had as a sprog! Well done, Sir, on the photography front - excellently portrayed!!

I will be of-line for the next 2 weeks: I am on my way to rescue the woman of my dreams!