Previously in Expedition To Alexandrapour 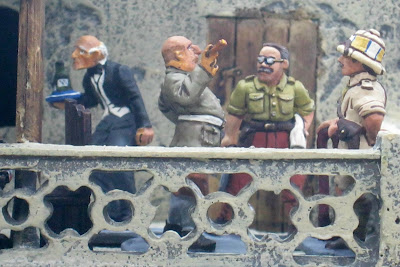 Chargé d’affaires, Brigadier (ret.) Graham Day{cigar} "...after some refreshment and a tolerable curried chicken, we'll talk about the mission versus those infernal Romanovs." 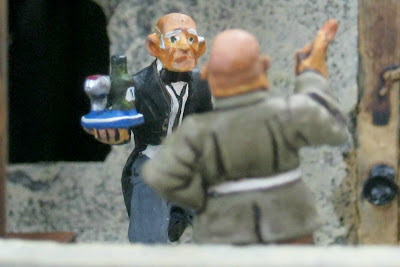 Jitters: "I'm terribly sorry Sir, but luncheon will be delayed near half an hour. The help here Sir, it's not like back in Dakla."

Day: "That's alright Mr. Jitters. The gentlemen and I will speak more." 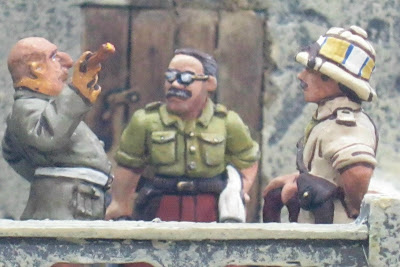 Day: "I beg your pardon gentlemen. To the Romanovs then. Let us move to the other side of the veranda for the story of their arrival here. 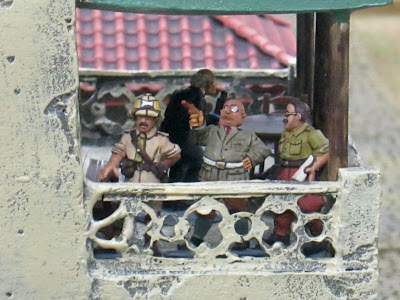 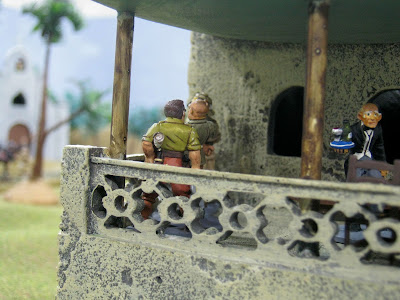 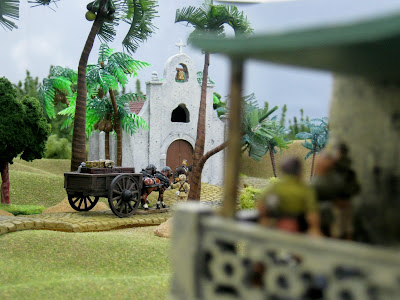 Day: "So I'm told. A fortnight ago led by Colonel Villainovich and his niece, Countess Alexandra, they passed by the old Iberian Catholic Chapel. Imagine if you will...." 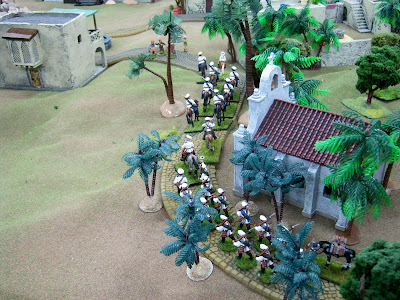 Day: "The two leaders followed by a troop of white-coated horsemen, a company of infantry and supply animals. They marched in style looking none the worse for their long journey." 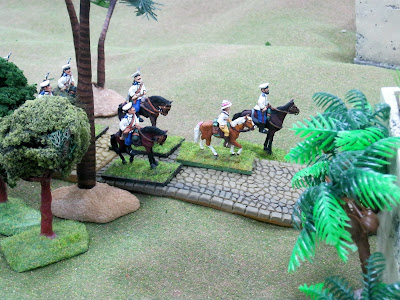 Day: "Word is, she looked stunning and serenely composed in a tropical ensemble. The Colonel's military bearing was calm and confident." 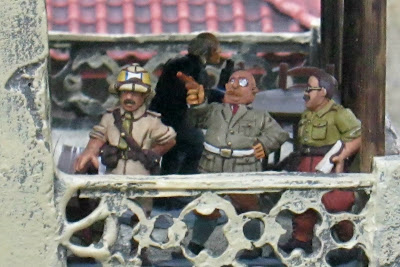 Day: They marched by here proceeding to the Romanov compound over the bridge. Later that evening...." 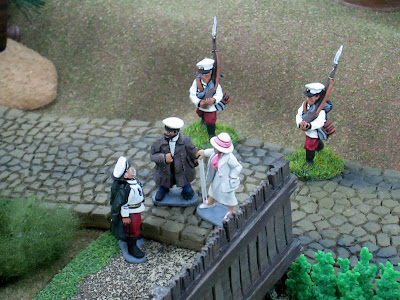 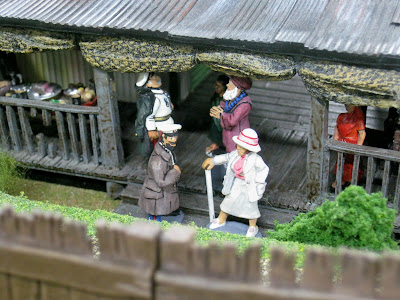 Day "What they discussed at dinner, we do not know." 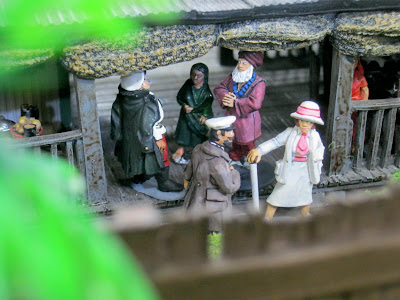 Colonel Lawford: "At the restaurant at the harbour side I saw when we disembarked from Zanzibar?"

Day: "That's the one. Unfortunately none of our people gathered information of any sort aside from exchanged pleasantries and remarks about the march inland from the coast. Then five days later...." 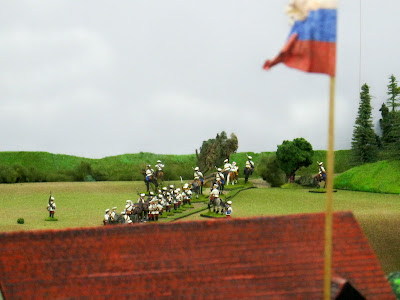 Day: "They marched out to the northeast." 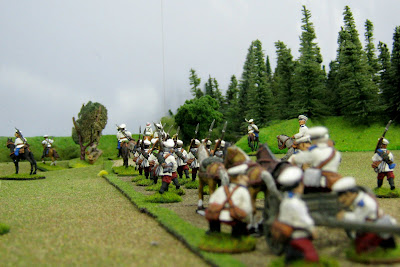 Day: "The same lot but reinforced from the local Romanov garrison too." 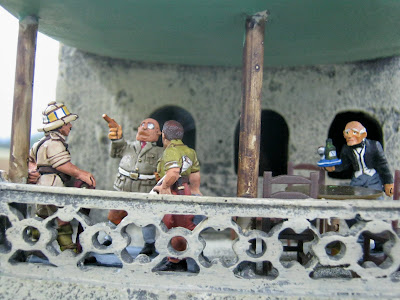 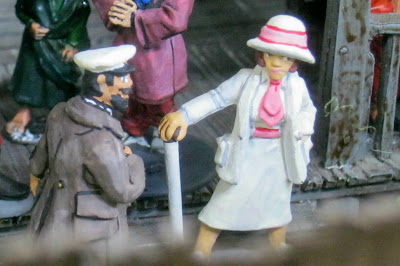 Day: "What their inscrutable plans are --- remain a mystery."

(2) There are eleven more chapters in Expedition to Alexandrapour. Chapter XX will end the story tentatively before 2013.

(3) Chapter X appears 19 February, 2012. Return again for Colonel Lawford's dramatic final hours in Dongolo. Later in Chapter XI he presses on into the interior pursuing the Romanovs and Alexandra encountering more danger, drama and surprises than anyone ever imagined. Steady on everyone.
----------
Posted by Gallia at 12:03 AM

So very glad to see this back!

Have you painted yet another miniature for Alexandra?

The time, the effort, the energy, the imagination...all for our pleasure. Thank you!

With the demise of the Major General's site, your site is by far my favorite colonial stopping place. Thank you.

Wonderful photo essay. Thanks for sharing your imagination and execution!

yes, another excellent illustrated episode! With some new cast members, too. Very nice.

Gripping as ever, sir. Much appreciated!

Jitters! I really like that name. Well done Bill.

But one question remains...how WAS the curried chicken!?!

Rob, Earl, Paul, Brent, Fitz-Badger,Donogh, AJ, Jim Der Alte and Larry,
---
Your very kind interest and remarks help one to keep going. They really do. Thanks a million!
---
Long ago Don Featherstone's campaign journaling ideas combined with adventure motion pictures intrigued me. Electronically merging the two with my desire to write a little fiction is what it is all about. Captioned photographs - some linked to tabletop games add more to the experience.
---
Local pards, Chuck, Todd, John and I have discussed several interesting tabletop game encounters with as yet unseen miniatures and terrain as we including readers journey to the climax in final Chapter XX.
---
We are still a long way from the end though. The halfway point will appear, God willing, on the 19th instant with last scenes in Dongolo. One involves the lovely and intoxicating Alexandra though as you know she is now in the interior. Chapter X will be more novel-like with a great many images too. I think it will be appealing. Hope so.
---
Respectfully,
Bill