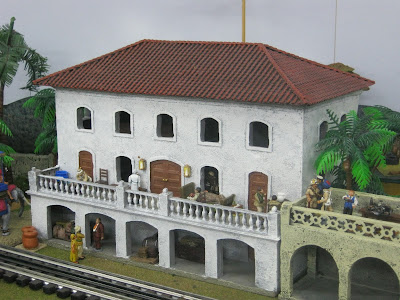 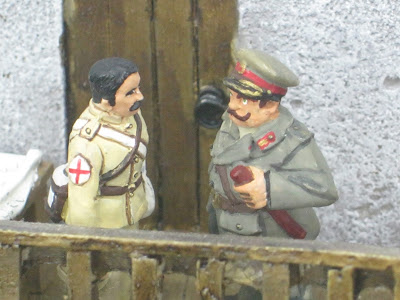 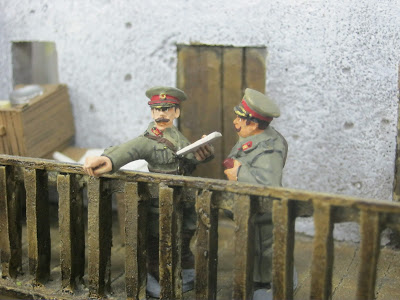 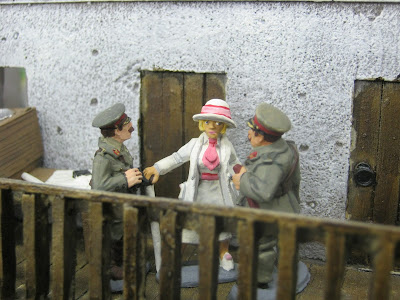 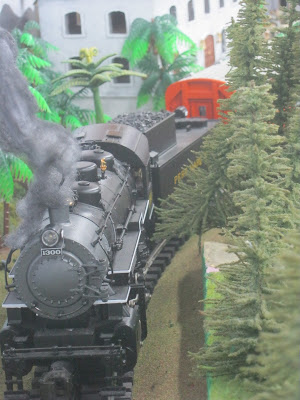 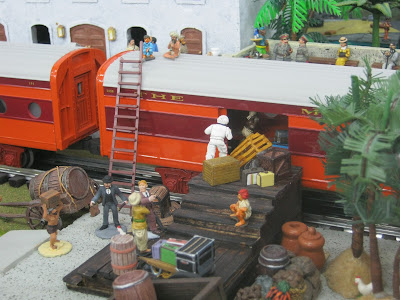 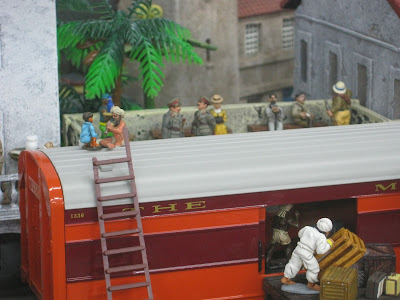 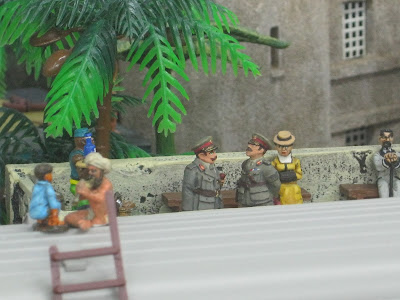 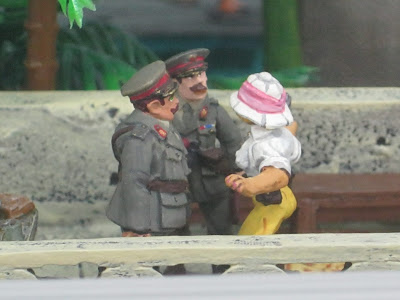 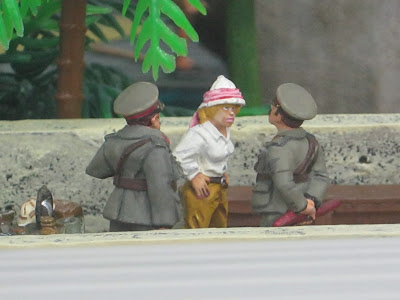 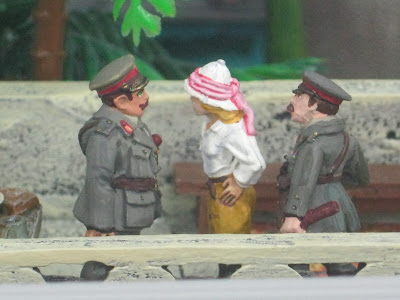 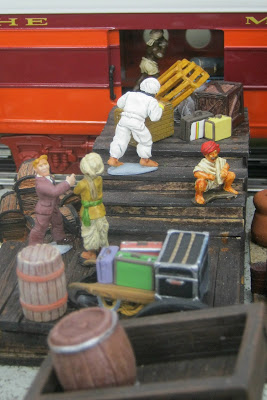 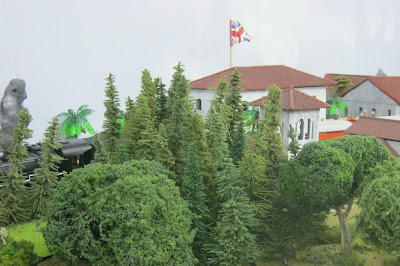 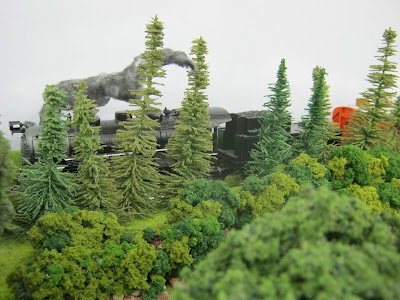 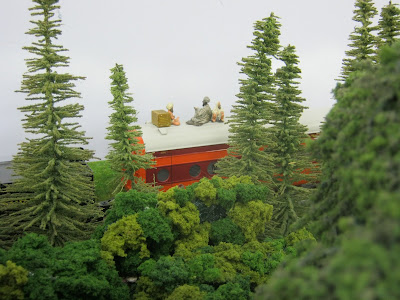 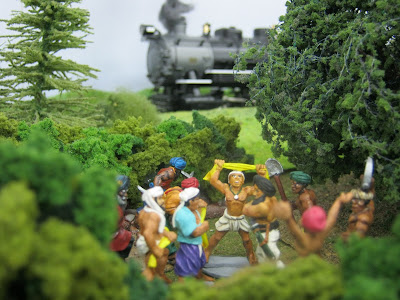 Bill,
Good to see the General back.
Looking forward to the next chapter.
Graham

Excellent and atmospheric. I think we need to see Mary's sang froid in the face of danger and whether shooting parties ar home have produced a sharpshooter with an Enfield rifle!

It would be a shame to waste the watering stop opportunity :0)

Excellent chapter. Most enjoyable train ride, but I'm not too sure about those questionable fellows in the woods with the yellow scarves, just about right for strangling...

Yes, this looks like an ideal opportunity for some kind of small raid on the train. Thank you, Bill. This is a wonderful way to begin the day. Early morning coffee and the Adventures of General Pettygree. What could be better?

I hope the General and Mary Pettygree are well armed!

Dear Bill,
Quite entertaining and as usual spot on. I would like to thank you for the small piece you posted to the left of the main blog. With the sudden passing of my wife a few months ago, and being without children, I can attest that being alone is not fun. Yes, the quiet is great while reading a book but who can do that all the time or would want to?
However, there is some joy to be had in reading blog posts such as yours and knowing that good guys are out there in the hobby.
Jerry

Great to see this new episode show up on my feed.

Been too long since the last.

As ever, very entertaining. Mary is a brave soul for sure.

Fantastic stuff Bill. Delighted to see the General back.

Another twist in this most excellent story! The possibility of Thuggees boarding the train, inconspicuous as they look like the other 'locals', so able to slowly get closer to the General and his good wife, is surely a definite for a 'wargame'! My money will *always* be on the General, and now I'll also bet on his wife being a sharp-minded, observant, 'bodyguard' for her husband.
Can't wait for the next instalment!
(PS: I concur with the comments from "Celtic-Curmudgeon": being alone can be liberating for a hobbyist intent on finishing a project, but being utterly alone is daunting, and debilitating. Not a thing to covet, but endure. God bless you with more friends and companions, "Celtic-Curmudgeon". I empathise with you.) from 'Squibzy'

You Gentlemen,
are terrific and make this a lot of fun. Satisfying too. I sincerely appreciate your kind remarks and sentiments -plus your interest in the General and Mary.
"No man is an island."
Respectfully,
Bill P.

PS Nice to see other friends at Little Wars 2016.
Also: Thank you Richard for saying hello while I was walking by and for your compliments.

Of course the watering stop should be used for a chance of tabletop gaming! Methinks anyone tangling with Mary will get a right surprise.