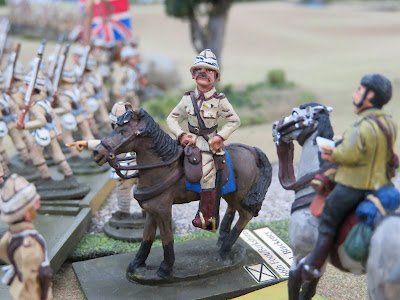 "Mr. Pearson, I trust you will record today's events accurately for The Times?" 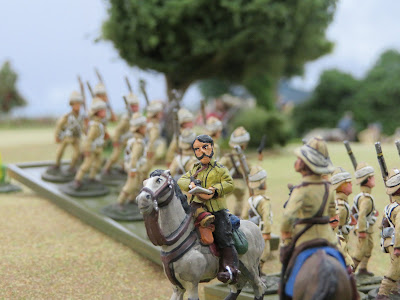 "You may rely on me to record the truth without doubt Colonel Blakeney." 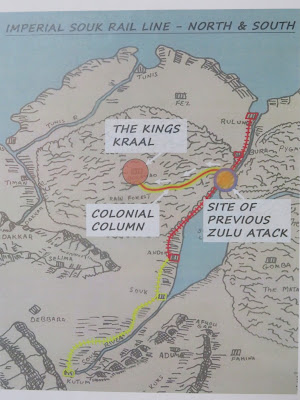 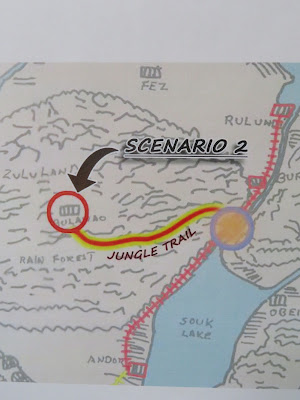 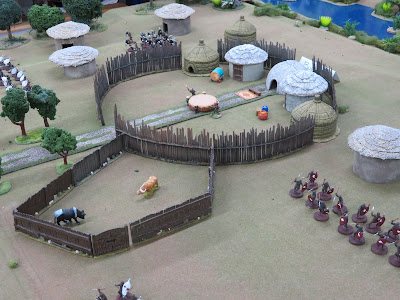 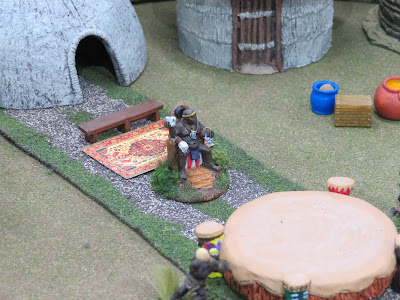 The Zulu King was surprised by our arrival from the Jungle Trail upon the plain before his Kraal. However, he swiftly commanded that portion of the Impi still in residence to mobilize to counter our advance. Obedience was immediate. 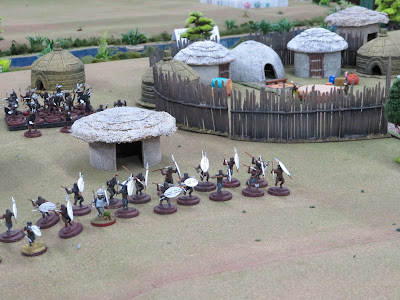 These fellows appeared to our left. 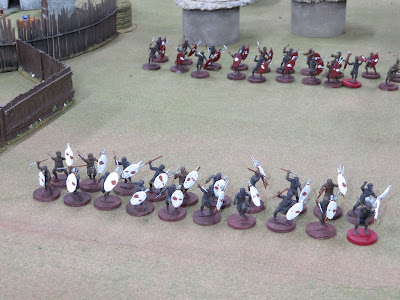 Whilst these warriors appeared to our right. 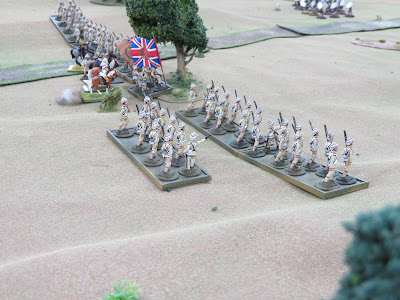 The 66th Regiment of Foot straddled the King's Road at shoulder arms. 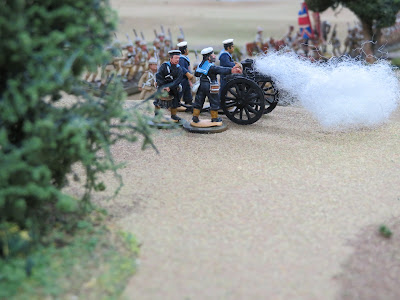 Our right flank was protected by The Naval Detachment's Gatling
opening fire early in the battle. 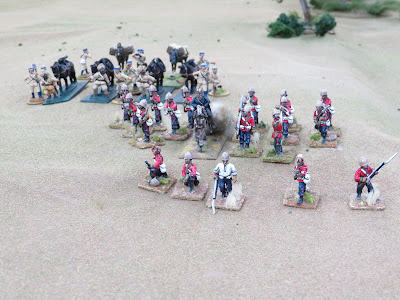 The immediate left flank was secured by two Royal Artillery Screw Guns
and sections of the 24th Foot arriving adjacent to the 66th. 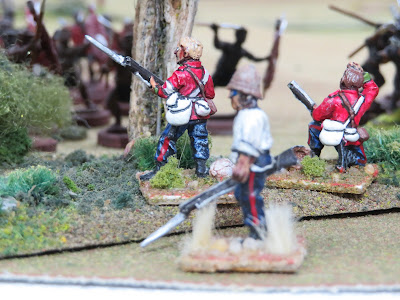 Farther to our left, 24th Foot Flankers soon came to grips with the Zulu. 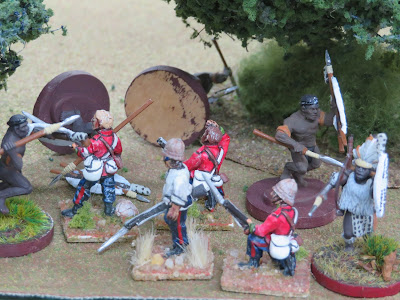 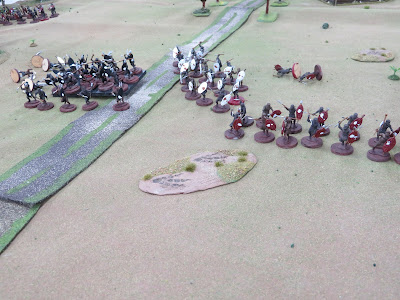 In the center, the Impi surged forward independently without time
to mass into its traditional horns, loins and chest formation known as
Impondo Zenkomo in the Zulu language. 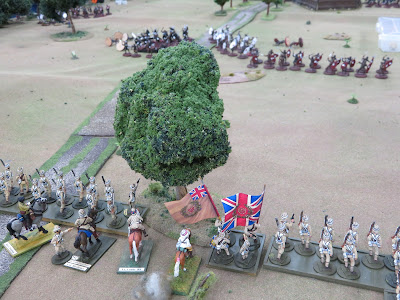 We waited for them to come closer. 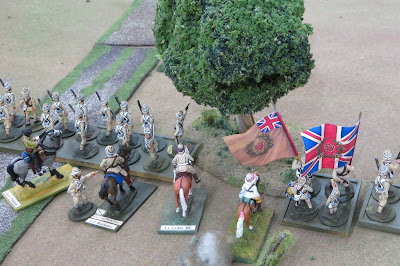 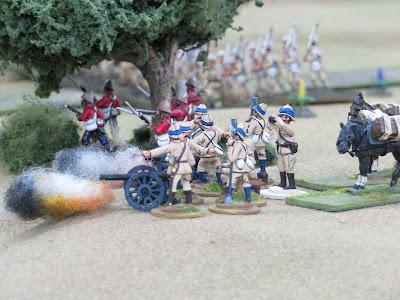 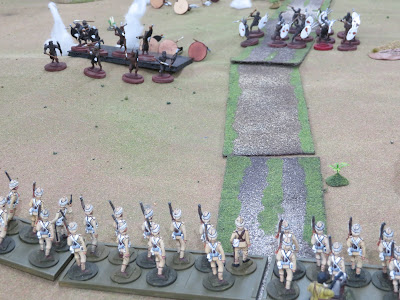 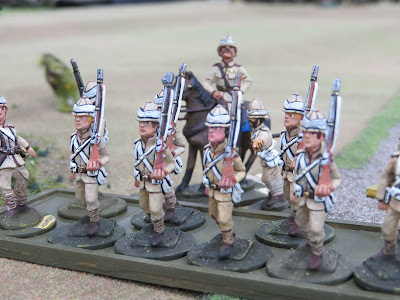 Blakeney called out to the men,
"Steady my boys. You will give them hot stuff soon enough."
"One lad nearby grumbled, You ain't Wolfe and these ain't Frenchies at Quebec!"
Sergeant Major Crisp shouted back, "Mark a target soldier!"
Then the order came! 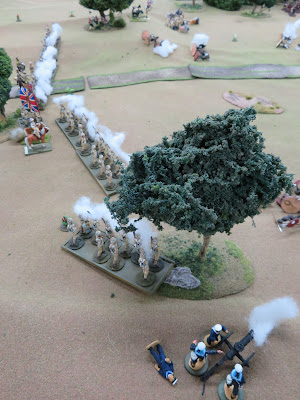 FIRE!
Our front erupted in an ear-splitting volley. 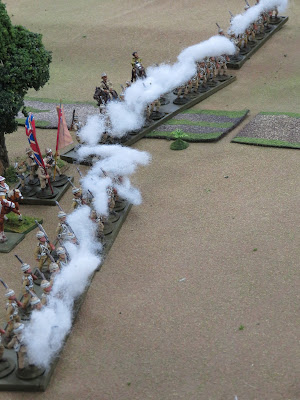 After two volleys, Blakeney ordered, "Cease Fire."
The Zulus were in full retreat.
Surely to rally, reorganize and hope for reinforcements to stop us.

And our grumbler said, "We ain't done with 'em yet."


1. In fact we plan to resume and conclude The Battle of Bulawao in early March.

2. Prodigious thanks to our keen players, Dave G., Chuck The Lucky, John The Formidable, Bill K. and yours truly Bill P. --- All provided inspiration, terrain, soldiers and the scenario; especially Dave G. for the latter.

3. And posthumous thanks to...Larry Brom who wrote the rules used. 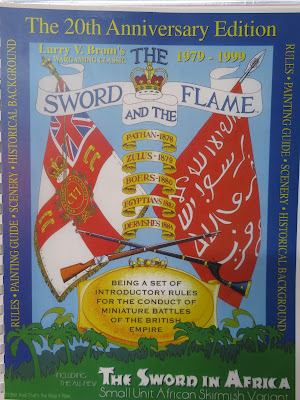 4. Thank you for looking in. See you again soon!

Brilliant fun. Can't wait for the next installment. Thanks sharing.
Best wishes.

Terrific first instalment, l really look forward to seeing the next. Figures and scenery are super. I like your comment in the margin about planning your activities with others etc.
Alan

A fight goes many rounds and that was just the first.

As attractive as ever. Thematic and immersive :-)

Greg, Conrad, Alan, Michael and Stephen, your appreciation and sentiments are always cheering!
Thank you. I am grateful.
Respectfully,
Bill P.