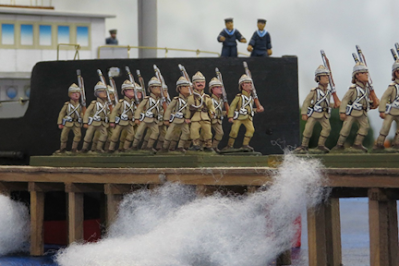 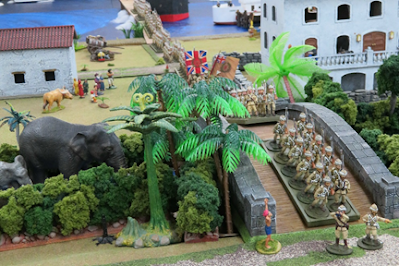 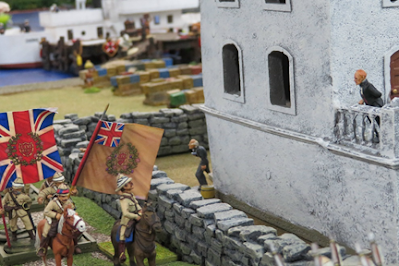 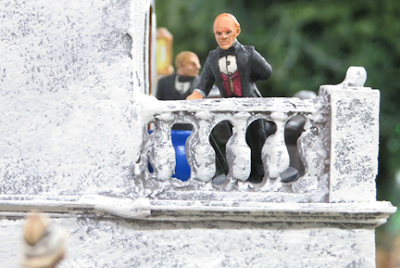 “Good luck to you and confusion to that madman up the Khyber. We are counting on you and General Pettygree to safeguard my new posting in Delhi.”
“That we plan to do Governor." 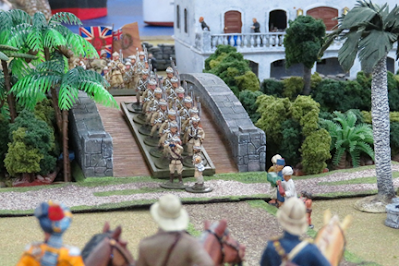 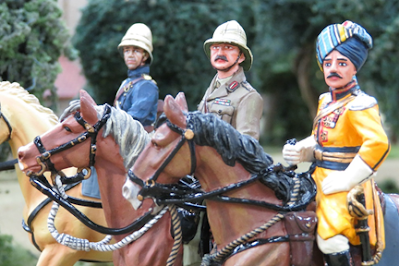 "You have the right of it Lieutenant Grandmaison. They represent our final and vital reinforcement for the campaign ahead of us in The Punjab, Fort Albert and The Pass.”
TWO MONTHS LATER --- DELHI, PUNJAB 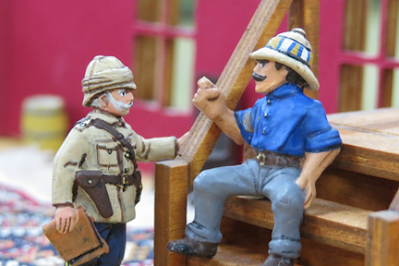 “Idleness, indolence and infernal waiting is our fate. At least we have this unfinished Officer’s Mess Hall for relief.” 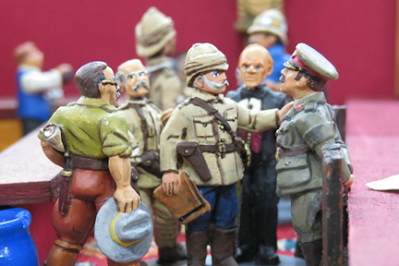 "Findlay is vexed by inaction, as we all are, General Pettygree.”
“That’s what I like to hear from my cavalry officers, Major Hart. Keep’s them sharp and eager for the time to ride. I admit to being a bit disappointed the enemy has remained ensconced in his mountains to the northwest this long. Finishing the job once and for all to remove our nemesis is paramount. However, it requires patience and cunning if our plan of campaign is to succeed.”
“General, Captain Pritchard just walked in. By his dusty appearance he looks to have ridden in from the piquet line. Possibly he brings the news we all desire,” said Hart hopefully. 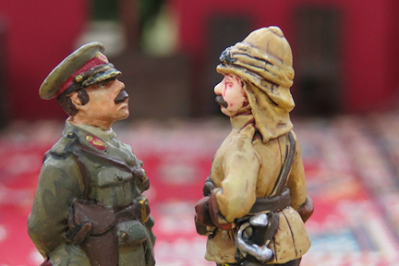 “Captain Pritchard. What news do you have? Report.”
“The best General. Ragnar Khan is approaching The Pass in force. Our piquets and spies estimate his horde at 25,000 to 30,000 warriors. The baggage train of camels, carts, donkeys and handlers is considerable as well.”
“25,000 or so you say? That is prodigious for a mountain Khan. He must have secured an alliance of disparate tribes for two hundred miles in all directions. Anything else, Captain?”
“Two things. The first is, the piquet line and garrisons are falling back providing the intentional spectacle of disorder and haste into Fort Albert as you ordered.”
“The second?” inquired Pettygree.
“One of our observers caught sight of a curious force clad in white.”
“Surely that is Ragnar Khan’s malevolent Household Guard consisting of infantry, horsemen and ancient artillery,” said the General.
"Aye General, that's what we believe." 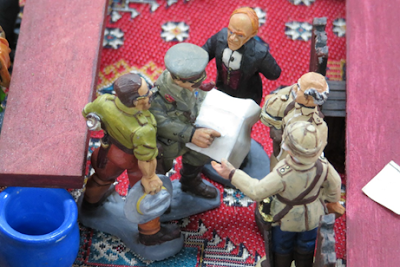 “Up to 30,000 fiery warriors,” remarked Governor Catherwood.
“Yes that's what Pritchard said. Our plan to hold the Frontier weakly falling back when pressed has enticed Ragnar Khan out of his lair and protective mountains. Let’s gather around and talk,” ordered Pettygree. 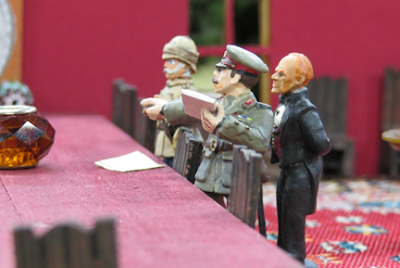 “Our leger de main appears to be working. Ragnar Khan is on the march. He will soon be in open country where he can not use the mountains for devilish hit and run tactics and secretive cover. Fort Albert blocks his march and must be attacked first before he moves farther south. Your orders are unchanged for the time being,” said Pettygree. “Colonel Sinclair, are the Seaforths ready to entrain for Rawalpindi?"
"Aye General, my laddies have been ready awaiting your orders. May I respectfully say they have been cross and intemperate being the last to leave Delhi for The Frontier. They did nah like it much when Blakeney's 66th Foot headed north before 'em."
"The same may be said about the half of the 10th Hussars still on station here," remarked Major Hart.
“Gentlemen as you knew, we had to give an impression of weakness and dithering before dealing the knock-out punch. It is vital to remember what is at stake. I believe you wish to say what that is, Governor Catherwood.”
“Our sources say Ragnar Khan means to exterminate us and afterwards subjugate the entire Indian sub-continent and beyond. He may also have nefarious powerful allies we have yet to identify,” warned Catherwood."
"Gentlemen. God's speed and confusion to the enemy!"
CLOSING REMARKS
1. Previous chapters in sequence:
Chapter 1: At The Gallop
https://generalpettygree.blogspot.com/2022/09/empire-of-wrath-chapter-1.html
Chapter 2: Half A League to the Fort
https://generalpettygree.blogspot.com/2022/09/empire-of-wrath-chapter-2.html
Chapter 3: Fort Albert
https://generalpettygree.blogspot.com/2022/10/empire-of-wrath-chapter-3.html
Chapter 4: Ragnar Khan
https://generalpettygree.blogspot.com/2022/11/empire-of-wrath-chapter-4.html
3. The General's next chapter is planned for early January 2023. Meanwhile he welcomes your remarks and sentiments at Comments below.
----------          ----------          ----------
Posted by Gallia at 7:18 PM

Excellent news - a new chapter.
The power to embiggen the pictures seems defunct.

all the best
Stephen

Looking forward to the next chapter. This is a superb blog.
Happy Christmas