Date: Early September 1899/2009
Location: Bebara Village
Situation: The Guru Organizes His Army
Click On Photos So Each Fills Your Screen
----------
In Chapter 20 you observed the inscrutable foe capturing the village of Bebara and the departure of it's Rajah. And now.... 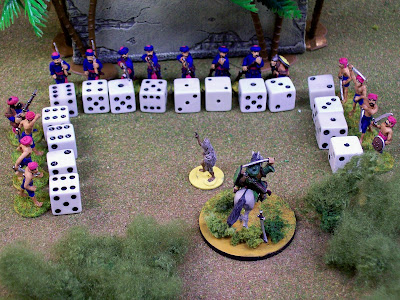 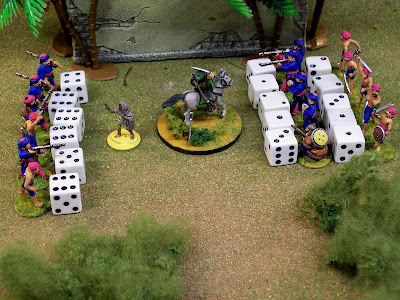 Guru: "You could have been my brothers and like children, you
chose --- unwisely. Depart from me!" 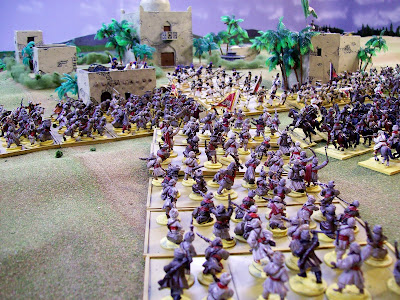 A few days later the Army assembles for the Guru's oration. Left to Right: Red Sash Swordsmen, Rifles and Horse. 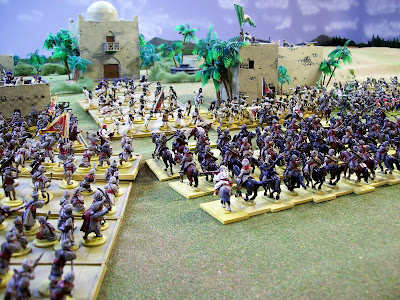 Left to Right: Red Sash Rifles and Cavalry. Those clad in white are Household Rifle and Swordsmen. 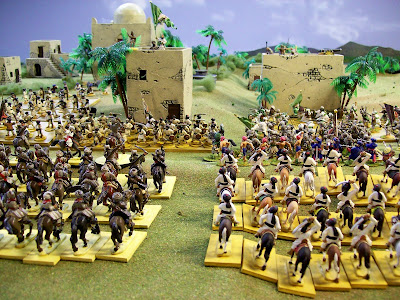 Atop The Building: Muljadeh (seated), his standard bearer and The Guru. Right Foreground: Household Cavalry in white and Bebarian conscripts who just joined the army. 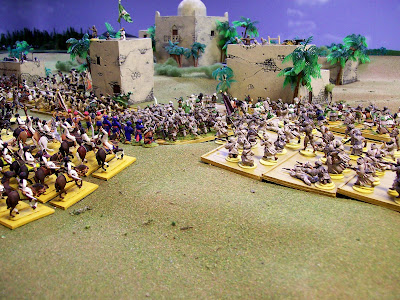 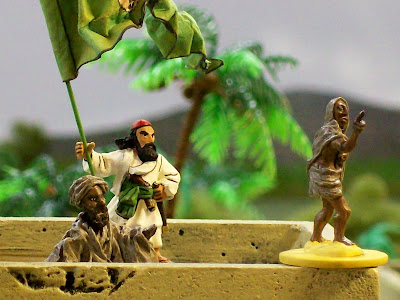 Guru: "My brothers, together we have taken Bebara. You are an anvil upon which the Imperial foe will be struck. They are coming - even now - to their destruction. They will march through that notch. I have foreseen it." 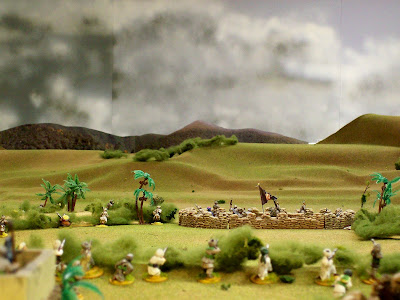 The notch. The same one used by the native army the day it captured Bebara. 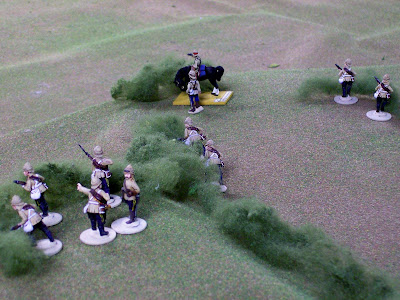 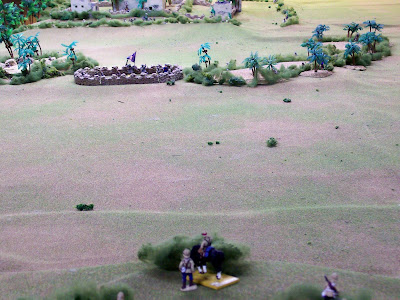 They look at the village. 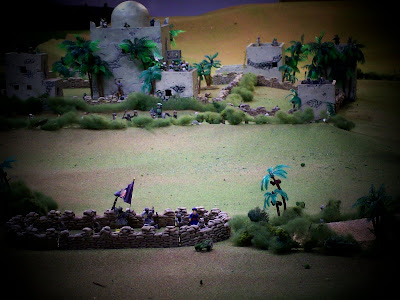 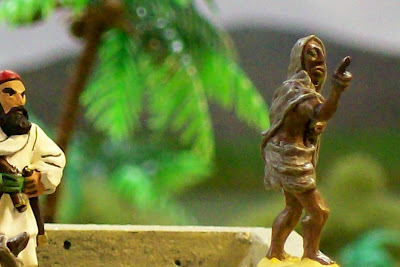 Back to the oration --- earlier in the month.
Guru: "Here is my plan. YOU, KHAN, will...."
----------
CLOSING REMARKS
1. The table is set and forces are deploying for The Battle of Bebara on 6-12 November.
2. Return here often in the next several days for updates.
3. What do you suppose is The Guru's plan?
4. What will the Imperials do?
5. Your remarks answering these questions and any other thoughts are welcome below.
6. Click on comments just below here, if you please.
----------
Posted by Gallia at 7:52 PM

I can not wait to see the battle happen. I hope you have fun with the game.

I have scenes from movies like Gunga Din running through my head as I peruse your illustrated reports. Awaiting further reports as they come in. :)

The only "problem" I have is you are sorely tempting me to take a break from my 18th century ImagiNation and do some Colonials! ha ha

The Khan must have a cunning plan. Perhaps an ambush or dastardly trick to unleash. Regardless, I am sure General Pettygree will triumph!

Excited to see the battle.

Excellent!! What rules are used?

Hi Terry,
An 1890s adaptation of a set I use for the Seven Years's War. Game mechanics work for a variety of time-periods. If you would like a copy, write to me at: oldregimerules@msn.com

I can send the Quick Reference Charts for $5.00 via Pay Pal. Add a dollar if outside N. America for extra postage.

Thank you for your interest,
Bill