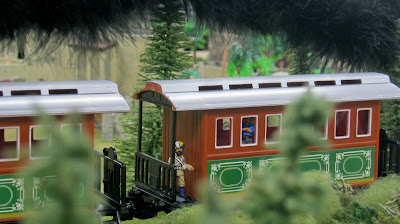 The express we took from Fort Grant, Surajistan.... 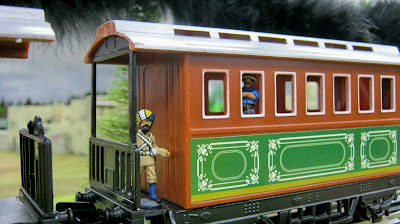 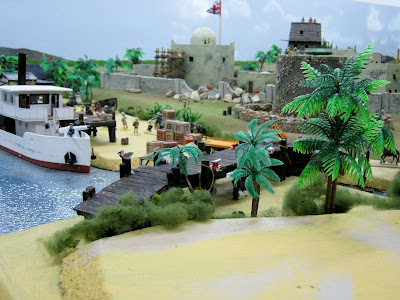 At the bustling port of Bombay at low tide. 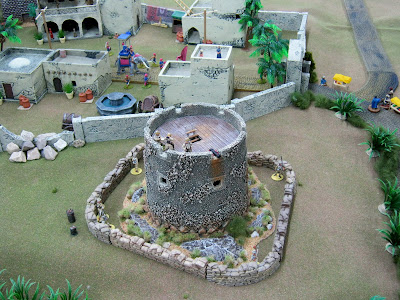 A watch tower protected the harbour. 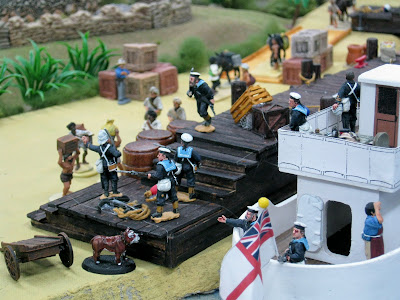 Whilst a Britannian warship took stores aboard. 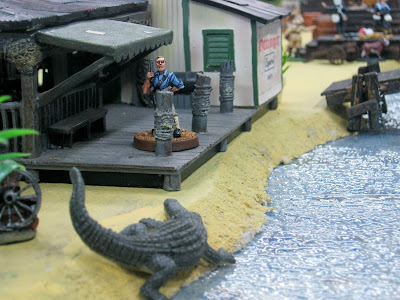 Danger is always possible. It's best to be well-armed like this chap. 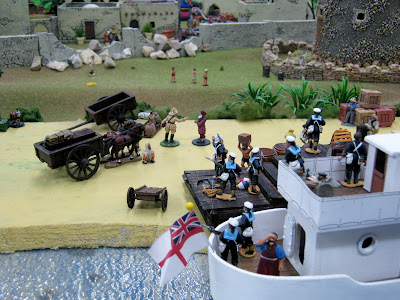 Lawford: "This is not my ship. I was informed by authorities HMS Zanzibar would be in port. When is she expected?" 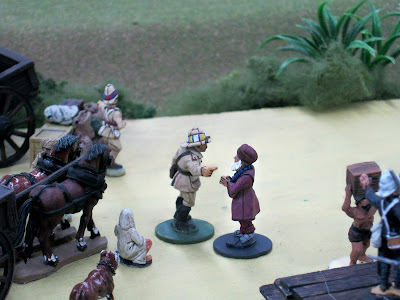 Dock master: "She is offshore Barra Sahib; only waiting for dock space. When the ship you see here leaves, Zanzibar will come in. Not long. This afternoon hussoor. Why not relax in the Docksider?"  --- (Barra Sahib: great lord. Husoor: lord) 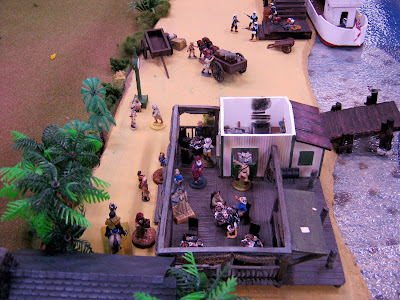 Lawford: "It was good to get away from the blazing sun. Cool beverages with a few singularly interesting patrons compensated for unremarkable food. Two hours later the dock master returned with good news." 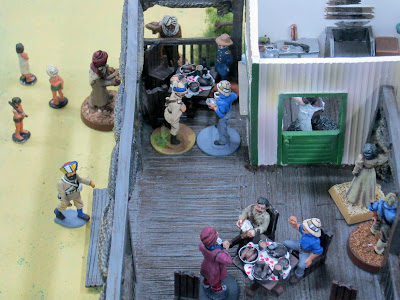 ﻿Dock master: "Husoor, may you live to see your great grandchildren marry. The dock will be cleared in moments. Your Queen's gunboat that has been loading provisions is raising smoke and has cast off her dock lines. --- Here comes Nazim." 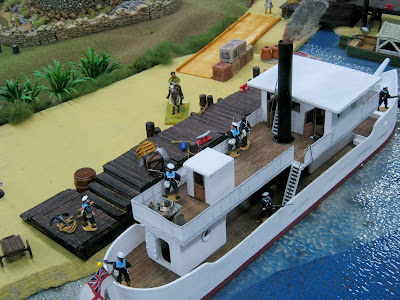 Lawford: "I observed the ship that had been receiving stores take all shore hands but one back aboard. He skillfully jumped onto the taffrail at the last instant. Dock space would soon be available for Zanzibar." 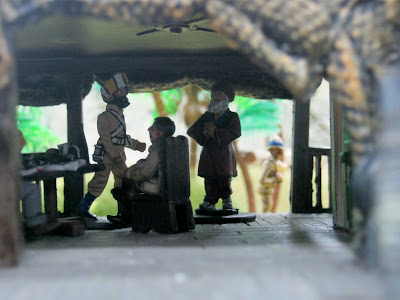 Nazim: "Colonel Sah'b. Zanzibar will be at the dock this half hour. I have been told she will only just touch and go to quickly pick us up."
Lawford: "Aye. No time to tarry then." 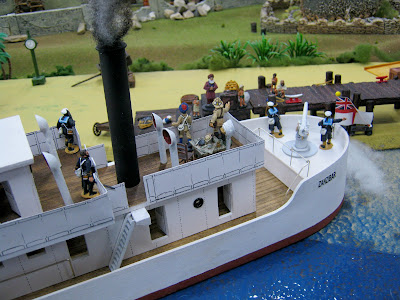 Lawford: "Indeed we were taken aboard without delay and shown to the aft upper deck. The harbour was so calm the vessel did not even set dock lines. In under ten minutes we were underway. Touch and go urgency." 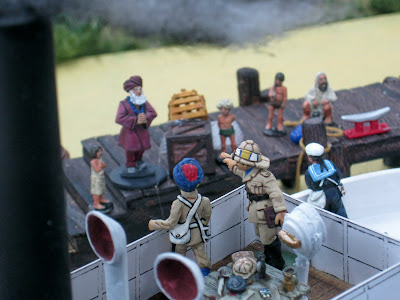 Dock master: "Pukka journey husoor!
----------
Lawford: "Would it be a good journey? Nazim and I still did not know our destination. Our future remained hidden behind the smoke of the unknown."

----------
CLOSING REMARKS
1. The two watch towers were made by HG Walls, Herb Gundt.
2. Other structures are from Miniature Building Authority.
3. Ships are wonderful one of a kind Richard Houston gunboats. The first is on loan from Der Alte Fritz. The second is from my collection. Sale and construction of both were cheerfully facilitated by The Virtual Armchair General's Patrick Wilson.
4. Chuck's collection of palms, plants, pots, boxes, some of the city dwellers, plus the gator with his wary opponent may be seen throughout the city.
5. Docks were manufactured by Lemax a few years ago.
6. The terrain cloth is from The Terrain Guy in Texas.
7. The 25mm cart, horses and loads are from Old Glory.
8. Perry Miniatures Sudan sailors painted by John Preece.
9. Chuck's "Western Express Train Set" came from Toys R Us recently. See: http://www.toysrus.com/product/index.jsp?productId=3342341

Interestingly enough, the Port of Bombay looks suspiciously similar to "Fort Bombay" on the continent of Mafrica.

I look forward to future posts.

Great scenes... Lots of fantastic detail in Bombay and I love the gunboats.

Superb, sir! I think the famed Major-General Rederring has a contest on his hands in terms of eye candy.

Thank you Sirs,
Bombay was indeed used for a June 11th Sudan game. For the latter there were minor alterations. It is soon to be taken down for other things.
Respectfully,
Bill

As always the delights are in the details - both pictoral and narrative. I like the navy's cook mopping his brow and deciding whether the deck under a blazing sun really is cooler than the galley!