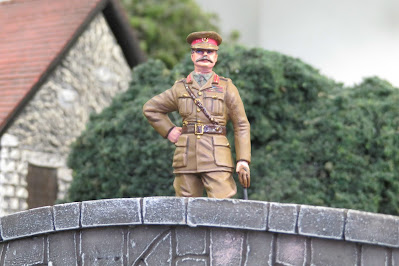 We are now far removed in time and distance from the imagineered Norwegian village of Blastoffheim behind me. Its quiet and picturesque fjord to my left has been here for millennia. At times it has been buried in deep ice, sailed by Viking long ships and in the modern era brimmed with merchantmen and fishing trawlers going about the peaceful business of commerce and feeding families. For the next two days though, a new and unwelcome change will occur affecting lives and circumstances for many when The Second World War arrived here on this....
Date: August 13, 1943
Location: Blastoffjorden, Norway {Imagineered}
Weather: 88° Fahrenheit, westerly light winds, calm sea
Situation: Arrival of Argonaut
Click on photos to enlarge them
ACT 1 --- SCENE 1
OPERATION NORDHIMMEL
THE ARGONAUT 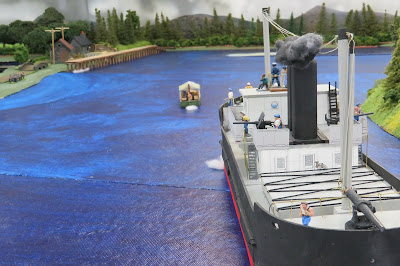 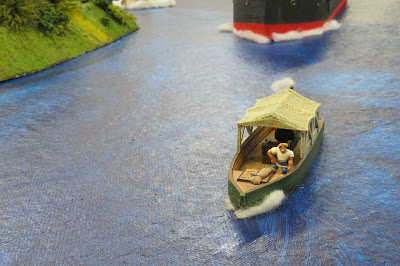 Guided in by a pilot boat. 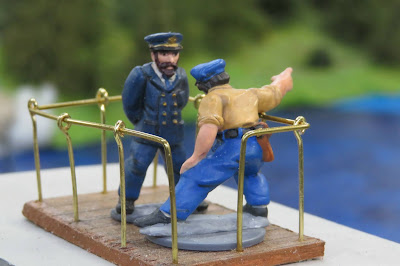 "Kapitäin Driessen, the pilot boat has taken us as far into Blasttoffjorden as possible. There is a whitish shoal close to starboard of the dock. It was not on our navigation chart."
"Josef, I've seen it. We'll head in by the bow docking on our port side clearing the shoal." 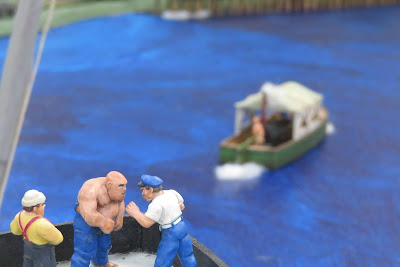 "Kurt, I don't think this place will be good to us."
"Well Tiny, it is flanked by mountains. Allied pilots will have trouble finding us way up here plus avoiding our numerous flak batteries ashore. Besides if we sink, land is close by, eh? We merely jump off, swim a bit and sit out the war fishing."
"Whatever you say, Kurt." 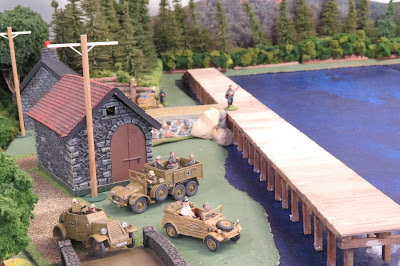 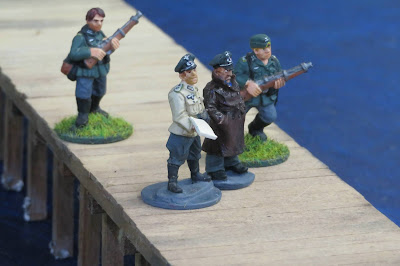 "Just in time Colonel von Schill. Here comes Argonaut. She made good time. Encouraging."
"We must demand that the crew unloads quickly so we can retrieve our unique supplies and depart. We're highly vulnerable if allied aircraft arrive from Scotland or the sea and...." 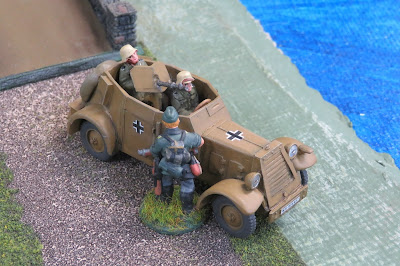 "I wish we had more than this lone ancient armoured car and its machine gun to protect the ship. All the best equipment has been going to the Eastern Front." 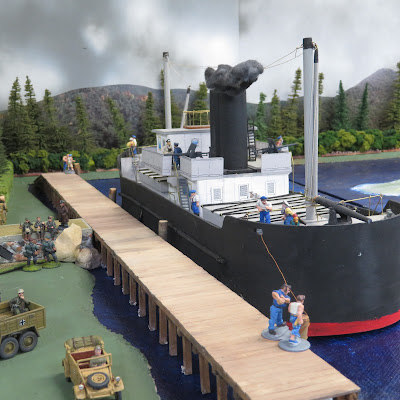 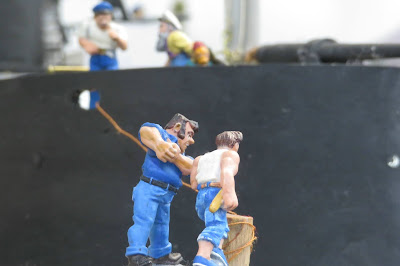 "Take the slack out of the line." 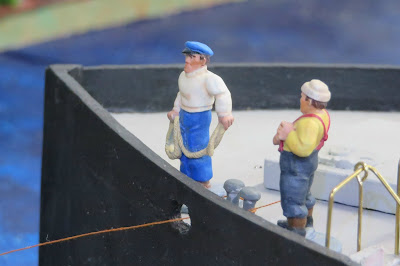 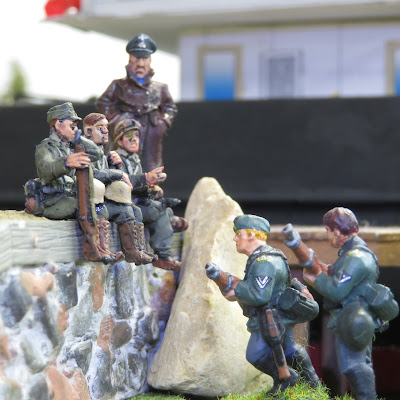 "Where is Colonel von Schill?"
"He's aboard the freighter telling the captain a thing or two." 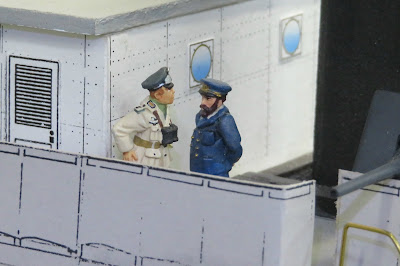 "Welcome to Blastoffheim "Kapitäin Driessen. A fast passage?"
"Ja. No Allied warships or aircraft found us due to thick cloud cover and rain most of the way from Kiel. Now that the weather is clearing, Allied reconnaissance planes will unfortunately  have good visibility for the next few days."
"How soon then can my cargo be offloaded?"
"We'll start unloading within the hour finishing tomorrow. Afterwards you can be on your way and we can be at sea again in the evening. Furthermore...."
"Kapitäin, there is commotion on the starboard side." 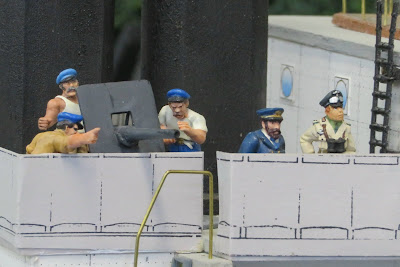 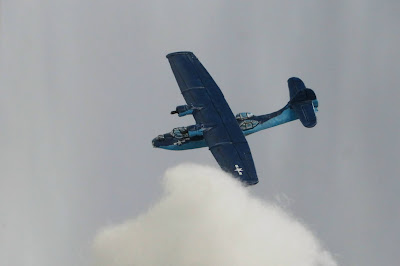