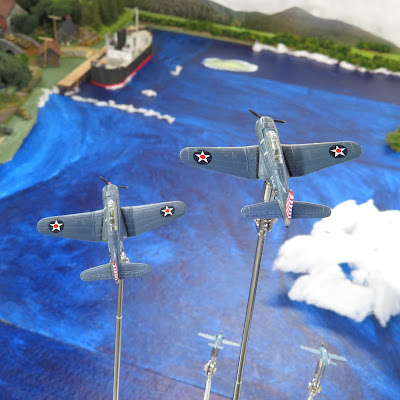 At the eastern end of Blastoffjorden, Bomber 3 had spotted its docked target. The Dauntless Dive Bombers would soon dive steeply at the enemy freighter dropping 500 lb bombs to sink her. Meanwhile, Wildcat escorts descended to chase away suspected Luftwaffe fighters seen  approaching from a cloud bank below to the right. 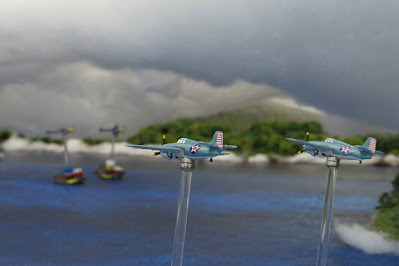 "Two Me-109s. You've got good eyes wingman."
"Ah, Vinny. Funny they are flying away from Bomber 3 now though."
"Probably trying to be clever. Let's head them off. Full throttle Henry." 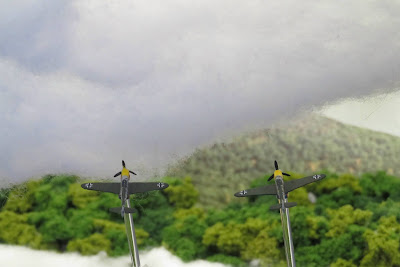 "Hey, they're heading back up into the cloud cover. We're going to lose them." 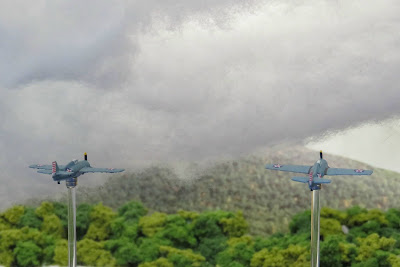 "Yeah well maybe. Let's go after 'em. Remember we're the cats and they're the mice. Gotta keep them away from St. Julian's Dauntlesses. Punch it Henry!" 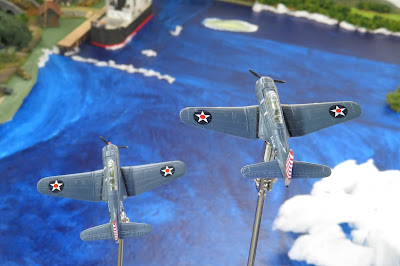 "Alright Bomber 3. It's time to make our run. Russo, follow me. I'm banking left. Utah and Eddie, wait to see how we do before committing but get more altitude. If the freighter goes up, bomb the dock area or find another target. There has to be unloaded cargo here needing our attention since the ship is riding so high." 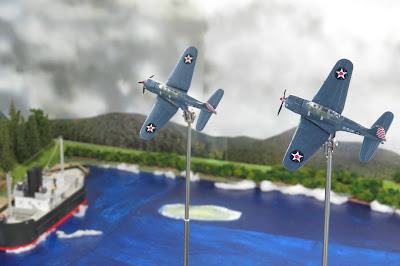 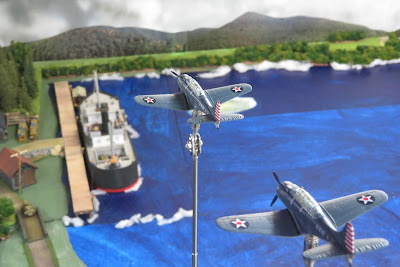 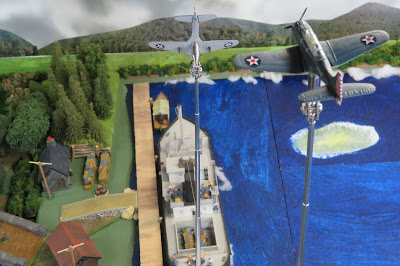 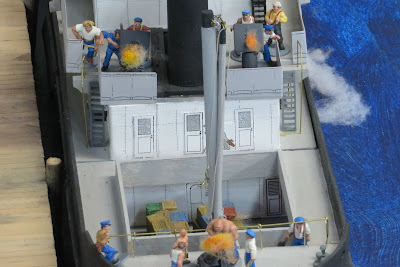 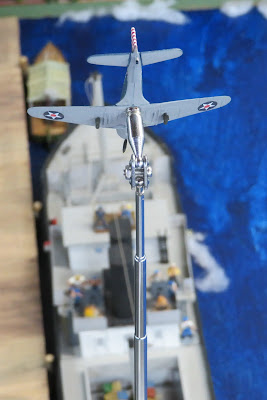 "Another second before I drop my egg into the aft hold." 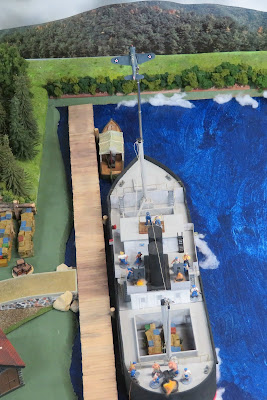 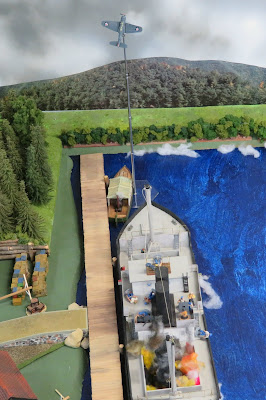 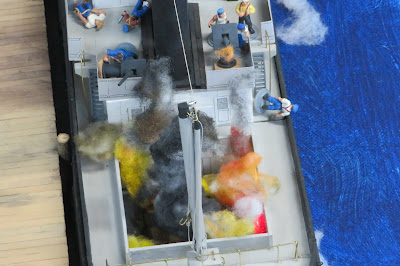 "Serve that for breakfast!"
"Russo, it's your turn now. The ship is finished. Take out the dock area."
"Roger that Jules. I'm starting my run." 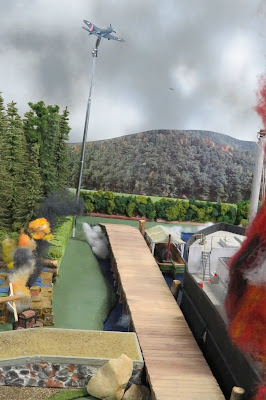 St Julian's wingman easily dove, targeted and dropped his bomb on the cargo near the dock.
"Hey Boss. Target destroyed. Do I get to paint cargo boxes on my fuselage?"
"Sure thing. Now let's find Utah, Eddie and the Cats."
"And get back to Ranger." 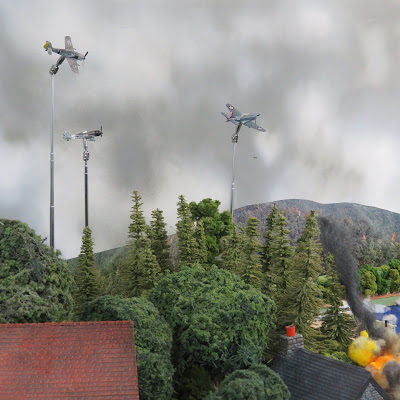