Chapter 6
PROCESSION
Ragnar Khan's Horde is assembled for review and imminent march to engage the Imperials. 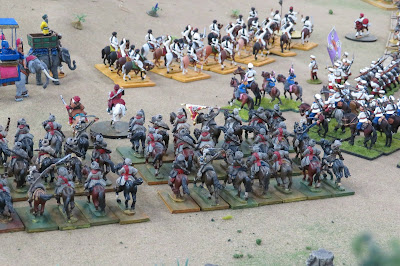 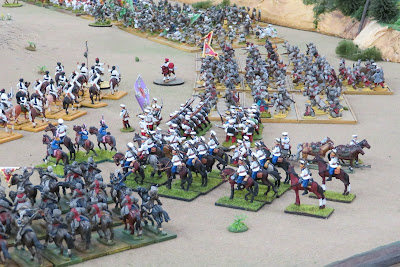 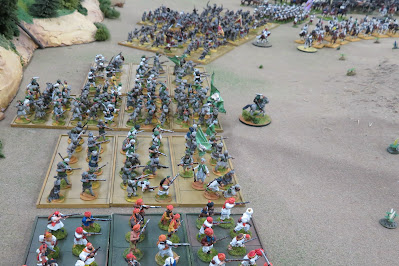 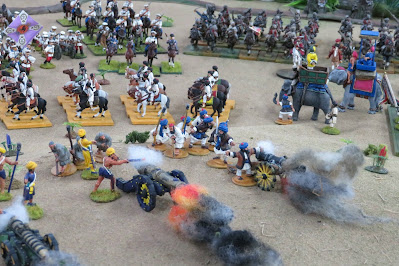 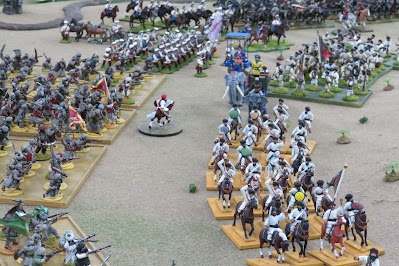 "See Khan The Magnificent within his elite Household Horse, Jezzail and Swords men!,"  shouted the Red Sash Commander to his men. 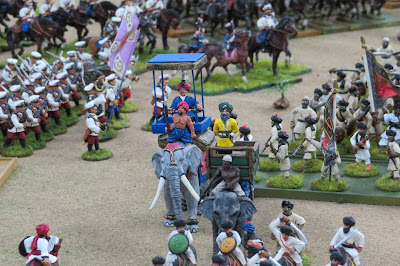 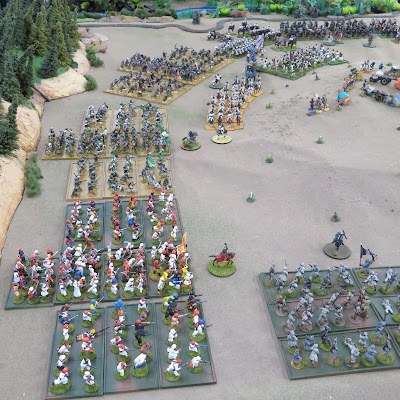 Soon the Green, Orange and Grey Sashes would cast their eyes in turn on their leader showering him with obedient cheers, praise and jezzail fire. Then all marched ....
INTO THE PASS 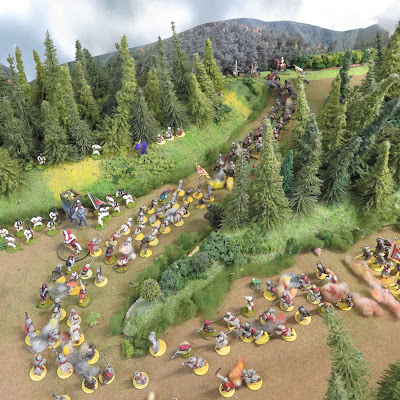 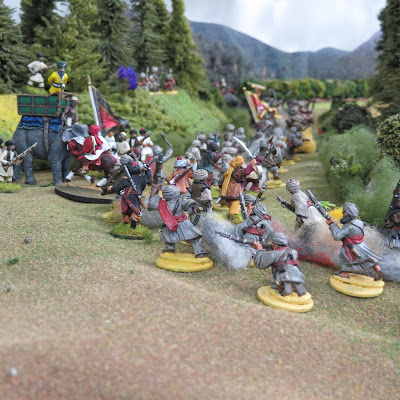 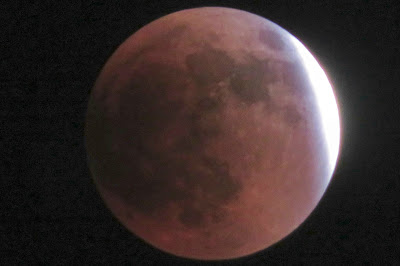 "As witnessed by the Blood Red Moon sign at midnight." 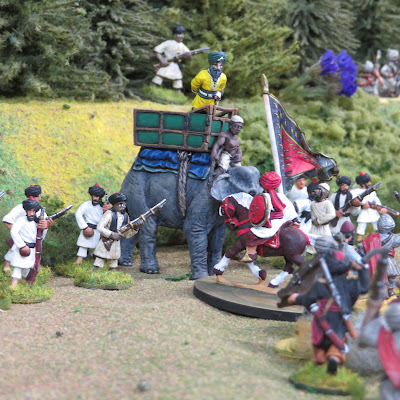 "I knew of its coming and so I'm counting on you Utman of Khel to speedily deliver the foe into my hands...." 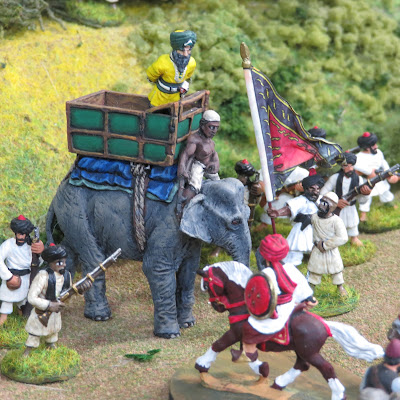 "In an explosion of violence." 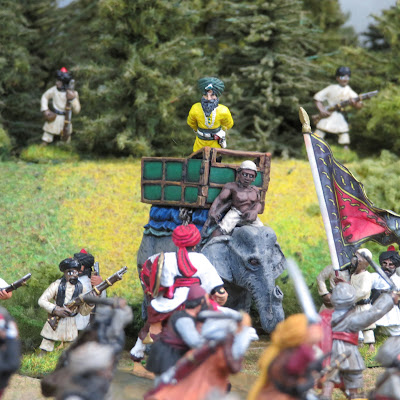 "Behold. I can and will. We will deliver them unto you."
"Good. --- Very gooood."
DAYS LATER
AT FORT ALBERT'S PICQUET LINE 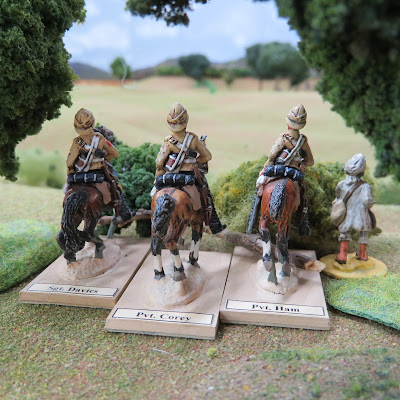 "Another day wait'n for the indolent Ragnar Khan, eh Sgt. Davies?"
"Corey, was you in the Zulu War back in 79?"
"No Sergeant."
"Well, had you been there, you'd know motivated tribesmen can be...." 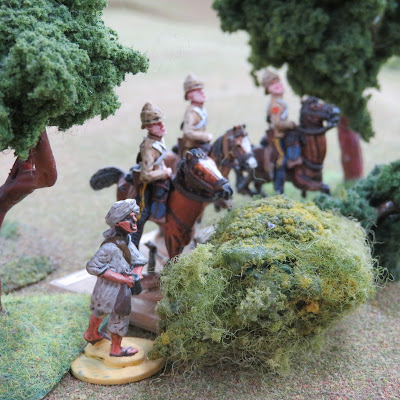 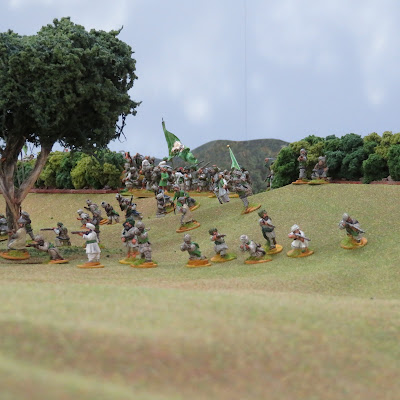 "Those are Khan's Green Sashes," said the Sergeant. 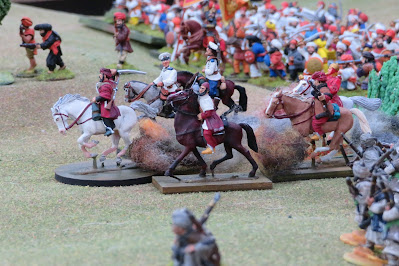 "With 'is Orange Sash blokes behind 'em," continued Davies.
"Swords and jezzails but no horsemen so far," said Ham.
"Is that Ragnar Khan leading the foe?," asked Corey.
"I dunno, said Davies. "I've never seen him though I hear he rides a jumbo mostly." 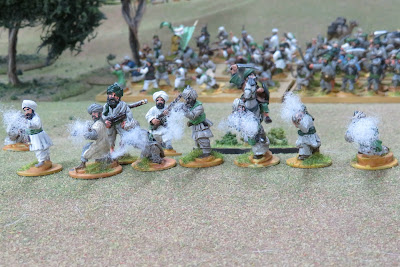 "Oh that tears it. They've seen us," shouted Corey. 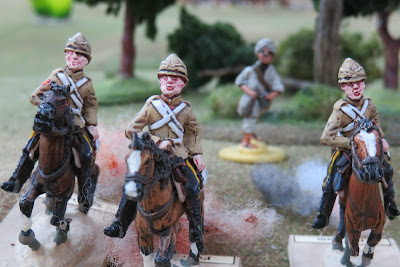 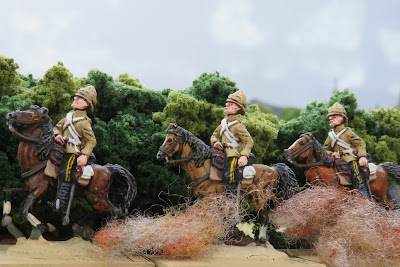 A happy new year to you and yours!
The procession at the beginning was a splendid one to behold, great visual story telling. The pass itself was very effective scenery and really looked the part.. All in all a feast for the eyes and the imagination, keep it coming…

Colourful stuff and a bit scary too. I look forward to the next chapter,

I don't think I've ever seen someone have so much fun with their miniatures before. Good for you, sir!
Very enjoyable to follow your blog. Thank you for all your hard work!

Well, they might have at least given Gupta a lift! Nice Review.

An impressive force. Surely the Kahn is a great man.

I do always enjoy your story telling - I think I may have commented occasionally in the past to that effect. The figures and scenery all look great - do you actually play a game with an unknown outcome at any point, or is the whole adventure a creation of your imagination from start to finish?

Thank you Everyone,
for your appreciated remarks and interest.
---
Rob, Gupta easily made it back to Fort Albert without a ride. He was maybe a mile out is all and the Green Sashes stopped to form up with the Orange Sashes as they descended the rise preparing to rush Fort Albert as they got themselves sorted out later in the day.
---
The next chapter Ross will feature the attack on Fort Albert.
This was played as two tabletop games.
---
Respectfully,
Bill P.

---
Quite a sight to behold. Kevin C.
---
Stunning. Absolutely stunning. Cavcrazy
---
The tension builds. Will the Russians play a decisive role? Michael M.
---
Excellent installment, excited to see what happens next. Regards Kurt D.
---
Another fine installment! Joe G.
---
Very nice! Northern Rebel
---
The adventure continues! Mark23
---
Happy New Year everyone! Can’t wait for the next chapter, Bill. Earl K.
---
Happy New Year everyone. Great story. Looking forward to reading the next chapter. Jim F.
---
Yet another fun story! If only I had 1/2 your writing skills!!! Chuck S.
---
Thanks for sending out the next installment of General Pettygree. Always fun to read about his exploits! Lewis S.
---
Ah, Bill, the adventure in India! Todd P.
---
Thank you Everyone!
Bill P.
Chronicler for The Adventures of General Pettygree
---