Chapter 13: They CAN'T Be Serious!

The march into Fort Grant continues. See Chapter 12 for the beginning of this story posted 25 July 1899/2009. Enlarge photos by clicking on them. 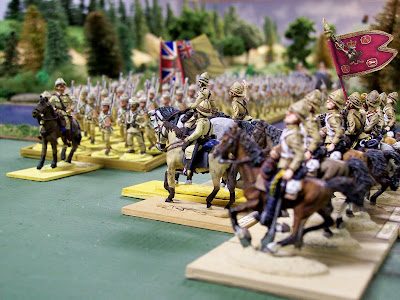 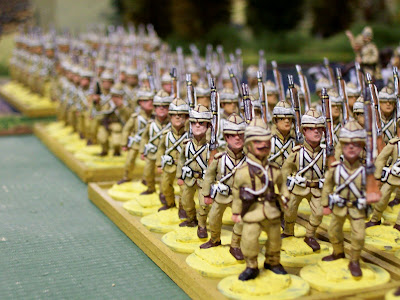 The Berkshires continue crossing the ford. 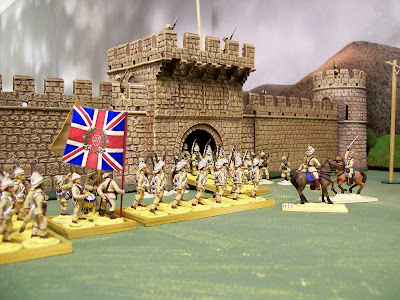 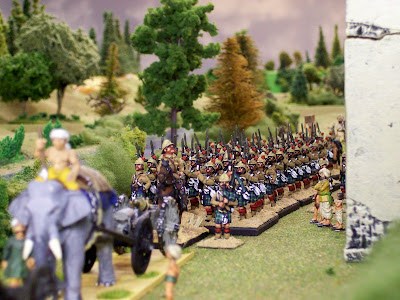 The Seaforth Highlanders approach the ford. The Seaforths are on loan from Der Alte Fritz. 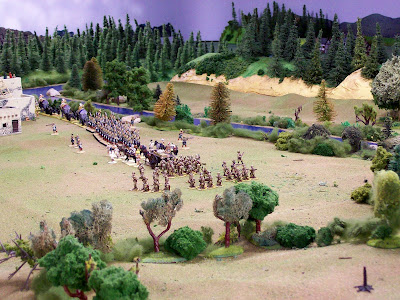 Rear view of the column from the rise in ground crossed in Chapter 12. 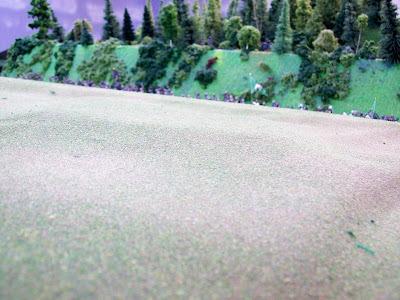 Meanwhile far beyond the rise in ground the Column passed over, an inscrutable foe assembles in a depression below what was thought to be an unscaleable ridge. 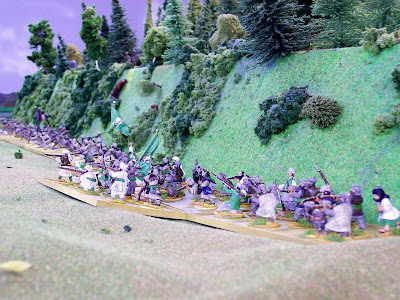 Close up of the familiar foe. 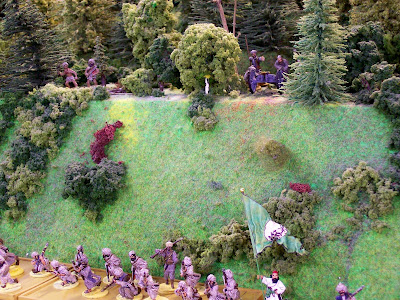 On the far left is "The General" with Chota to his right brandishing his pick axe. Chota is son to "The Guru." The General: "Now is the time to attack Chota." 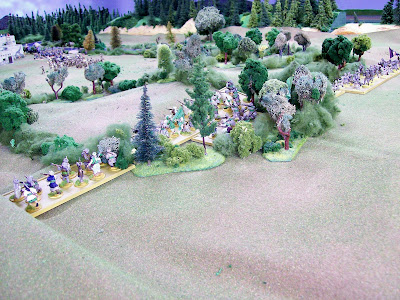 They rush toward Kotar Village and the Column's rear.

They begin to break through the trees and pass over the crest of the rise in ground. The ridge they descended is at the top of the photo, their assembly area in a depression immediately below. 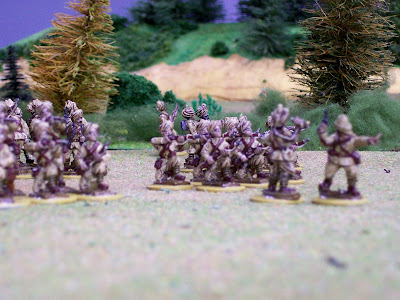 Someone in the rear guard exclaims, "There, NOW DO YOU believe me? I thought I saw the glint of metal an hour ago on the ridge!" 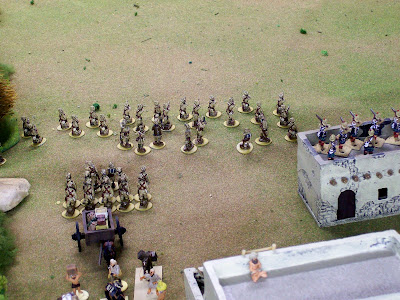 Moments later the Bombay Miners and Sappers redeploy, bring back their own reserve and are joined by the Seaforth company previously assigned to screening duties - posting itself atop a building. (See previous chapter.) 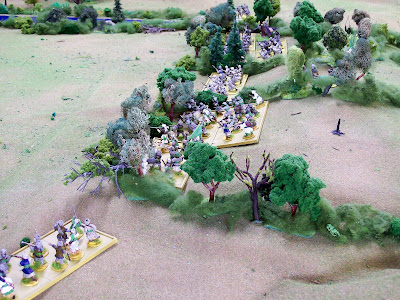 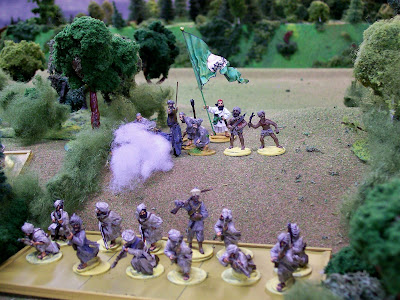 A Tug cannon fires and the charge begins! There will be trouble! The Column is bisected by the ford. The Berkshires and artillery have crossed the Kotar River. The Seaforths were about to cross. And.... 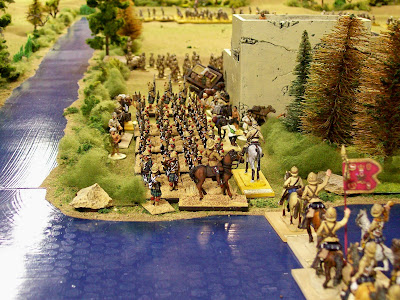 Supply animals, handlers and bearers panic running to the ford. A wagon overturns, it's horse breaking free in a panic. The Scots stand firm like a rock at the seashore, allowing waves of frightened civilians to wash around them. General Pettygree spurs Express into and beyond the ford followed by his escort. As the general tries to interpenetrate routing people and animals, he shouts to the Seaforth Colonel. "They CAN'T be serious! March to the sound of gunfire Colonel -- and hurry!" 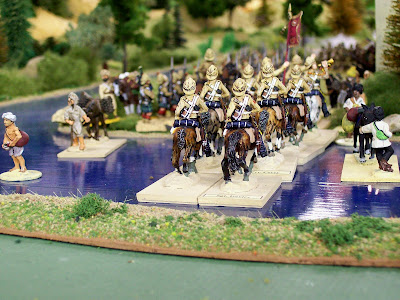 Confusion and disorder wash around the Imperials. The escort Troop of 10th. Hussars can't make progress following General Pettygree. The Scots about turn. What is happening in the distance? The smoke of gunfire tells part of the story. Return next time for the rest of the story.
----------
Remarks:

Some awesome looking photos there with the backdrop and the trees. Very nicely staged

I find Colonial gaming to be a very nice change-of-pace from Eighteenth Century gaming . . . and I enjoy both.

As always, you've given us some wonderful eye candy. Thank you.

Take a look at the simple-to-make Colonial building idea on the Lead Gardens blog:

It is very clever indeed.

Terrific work Sir! i give you joy of your battlefield...
Alan

This is how it should be done! The set up is wonderful - like reading a Kipling adventure - can't wait for the next instalment.

This has got to stop - here I am building up my imaginary Lace Wars nation and now I discover that I must have Colonials as well.

Your work is fantastic.
It helps me to continue the wargame.

Your work is fantastic and marvellous. It helps me to continue the wargame.