Chapter II: Requirement Of The Service 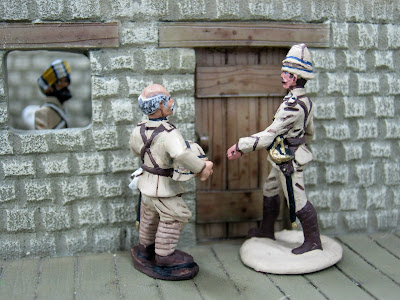 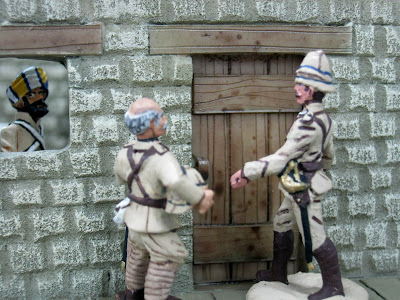 Mitchell: "I don't know how he'll take it; missing the show."
Pettygree: "Like any good officer he will do his duty; requirement of the service." 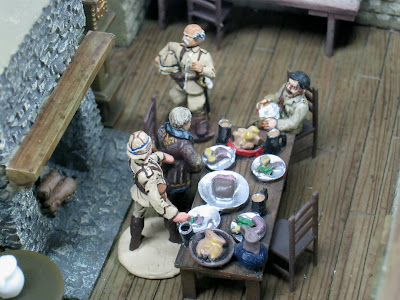 Lawford (seated) has been conversing with political officer, Major David Faraday.
Faraday: "Colonel, I saw some of your lads march off to start the show this afternoon."
Lawford: "A 'sketching patrol' to cause minimal alarm."
Pettygree: "Yes and find out what's out there before the garrison marches."
Lawford: "I look forward to it gentlemen to end the Tug menace. Soon." 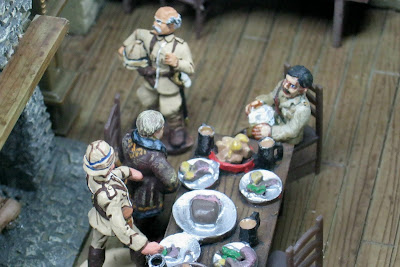 Pettygree: "Jim, no easy way to say it. You've been reassigned - detached."
Lawford: "Sir --- and miss the show?"
Pettygree: "Orders. Faraday will explain. You're the best man for the job." 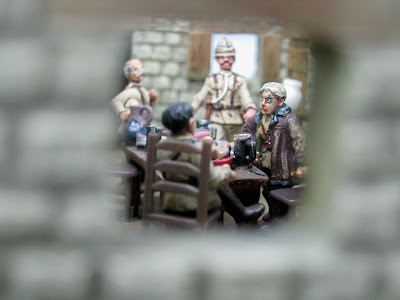 Faraday: "You are required and directed to immediately proceed to Bombay and take passage aboard HMS Zanzibar for an undisclosed port. Our politico there will give you timely information and further instructions regarding the Romanovs."
Lawford: "What's this about - and - if I may respectfully ask, why me?
Pettygree: "My dear fellow, because you know that Romanov woman and her scheme to find buried treasure at the lost ancient city of Alexandrapour. Rubbish naturally. You are going to find out what the deuce the Romanovs are really doing, confound them if necessary and report back to the politico Faraday mentioned."
THE NEXT DAY 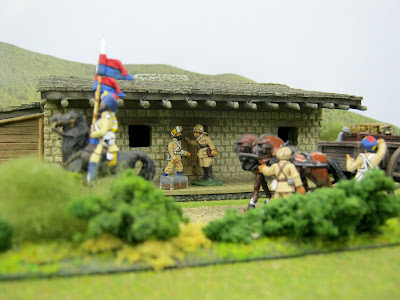 Nazim: "The cart is loaded Colonel S'hib and the escort is waiting." 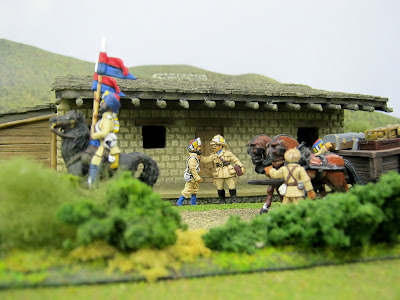 Lawford: "Well done Nazim. Let's go. There is not a minute to lose."
Nazim: "For the mission and the lady." 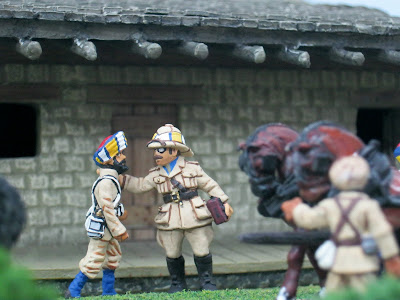 Lawford: "Right. We'll know soon enough if what I told you four days ago about the Romanov Camp and herself was just a troubling dream or a dreadful vision of fate yet to transpire."﻿
----------
CLOSING REMARKS
1. The building is from Miniature Building Authority.
2. The 25mm cart, horses and load are from Old Glory.
3. Place your remarks below at the word comments, if you please.
----------
Posted by Gallia at 8:13 AM

Stirring stuff - your ingenuity and consistency exhaust my stock of superlatives.

I await the next chapter with anticipation. Well done, sir, as always.

Wow- these stories, always superbly presented, get better and better.

It is only a detail but I have to say I was particularly impressed by the effect of the wood incorporated into your buildings; the wash or stain that was applied has small spots which made me wonder at first if whatever evil genius painted them actually put in knots... Really well done.

Bill - I can't stand it! Like I said last time, these chapter/stories are as thrilling as my old school-days "penny-dreadfulls", but, just like then, I have to await the next installment to discover more!! Aaagh! I can't stand the suspense!
Squibzy

Very evocative, sir. Reminds me so much of the classic reports written by Featherstone. I do like the building in the last photos.

Your generous interest and kind remarks are appreciated very much. Chapter III is now done; the last two photos were taken on 8 June and inserted into the story. It will most likely be posted in the 12th instant.
Thank you and cheerio,
Bill

PS You are my motor:I try to make in "little" for my French Indian War.